Advocating for a Better World

Eighth graders chat with a Quaker lobbyist about how to share their views with elected officials. 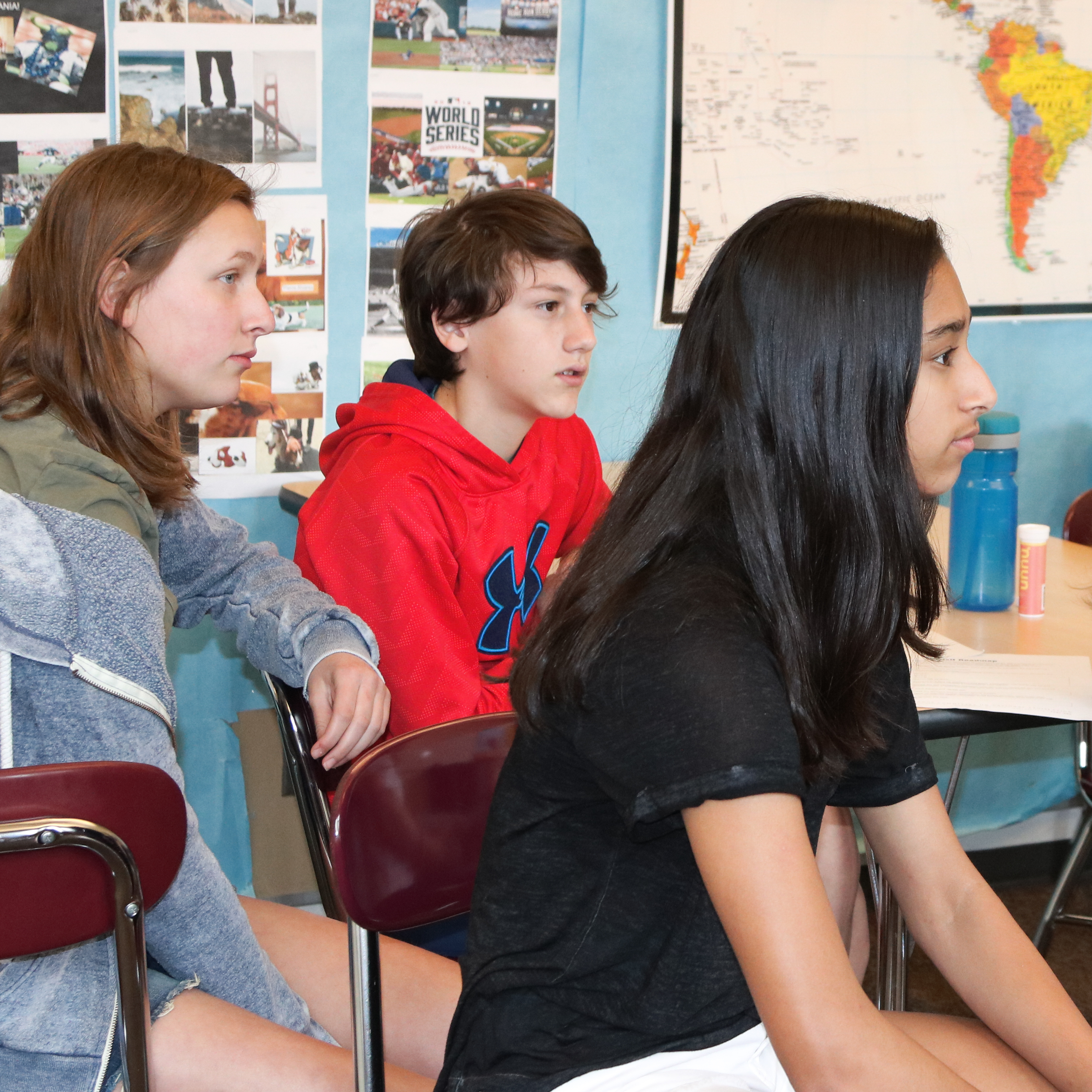 “Has anybody ever met an elected official before?” Emily Wirzba asks a small group of 8th graders, who are gathered cozily in a corner of the library classroom. “Made a phone call to a congressional office? Sent an official an e-mail?”

Emily is at Sidwell Friends as a representative of the Friends Committee on National Legislation, a Quaker lobbying organization based in Washington, DC. Middle School teacher Margaret Pennock, who organized the event, invited her 8th graders to meet with Emily for a discussion on climate change, the importance of personal stories, and how to talk to officials effectively.

“I’ve done some canvassing,” offers Karenna W., who is interested in finding ways to become more politically active. “I haven’t actually made it to a congressional office yet, but I’ve called people’s houses.”

Alex B. and George W. also share their experiences reaching out to elected officials, which prompts Emily to clarify that, whether they know it or not, they’ve already had some experience lobbying. Unfortunately, “lobbying” as a word often has negative connotations, which can make it hard for people to understand the overall mission of organizations like the FCNL.

“When I started out, the image in my head of lobbying was, you have a group of people in suits, and they’re in the back corner of this Congress building, and it’s dark, and they’re smoking cigars, and handing money to each other,” says Emily. “Well, there are definitely large corporations and special interest groups that have a lot of access, because they donate to campaigns. But for us at FCNL, it’s about one thing: How do we as citizens engage with our elected officials and hold them accountable? What lobbying really means is engaging with someone who has power, having a conversation, and asking them to do something.”

A crucial part of being a good lobbyist, Emily adds, is knowing the right way to make your argument. “One of the central beliefs of Quakers is that there’s a light in each individual,” she says. “We try to take that framework and apply it to lobbying. We’re a nonpartisan organization; we want to be able to work with every member of Congress, which can be hard if you’re talking to someone you disagree with. For me on climate change, if I’m meeting with Senator Inhofe from Oklahoma, the guy who brought a snowball onto the floor to try to prove that climate change isn’t happening, that could be really frustrating for me. Maybe I can’t talk to him about science, but I can talk to him about his grandchildren. What kind of world does he want to leave for them? I still have something in common with him, because he’s a human being, and so am I.”

The students talk about ways they’ve had productive conversations in similar situations. “You can’t be rude about it,” says Nina P. “You just say, ‘Here’s what I want, and why I want it, and why it’s a better idea than what’s going on right now.’”

“You have to prove that the wins will outweigh the losses,” agrees George.

“The thing that matters most to officials is your own personal story,” says Emily. “How is the issue affecting you, and what do you want them to do about it? It’s an awesome opportunity for you to come in and educate them. It’s also a lot harder to argue with someone’s personal story than it is to argue with facts. They can’t argue with your story—because they haven’t lived it.”

A few students take the opportunity to share stories about why climate change matters to them. Alex talks about his father’s trips to Alaska. “He worked with the Inuit there and had to help them move their entire village inland,” he says. “In a few years, everything will be gone unless they move their whole life somewhere else.”

Sofia F. references games she played as a child. “I used to go out in the neighborhood and build fairy houses with my neighbors,” she explains. “I want my kids and grandkids and kids across the world to be able to do that. But if climate change continues, and we allow our water to be dirtied and the world to be polluted, we’re making the world unsafe.”

Using these personal stories, the group simulates a visit to an official to practice discussing their issue and asking for change. Working as a team, they give Emily a list of reasons to be concerned about climate change, answer questions thoughtfully and respectfully, and ask her to support a bill that might help. She tells them they’ve done very well.

“Lobbying is exciting,” she says. “It’s a skill you can use to enact real change.” 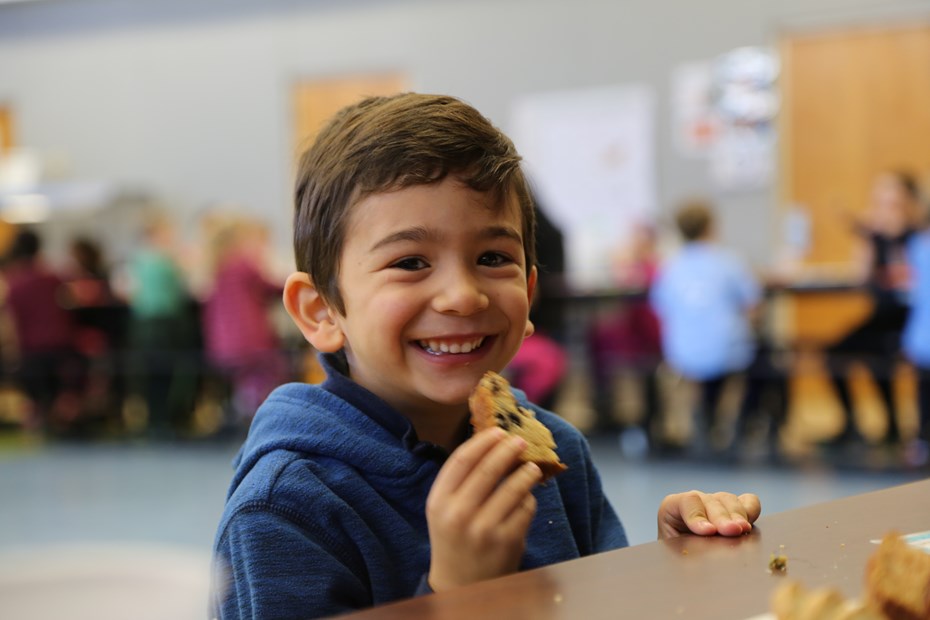