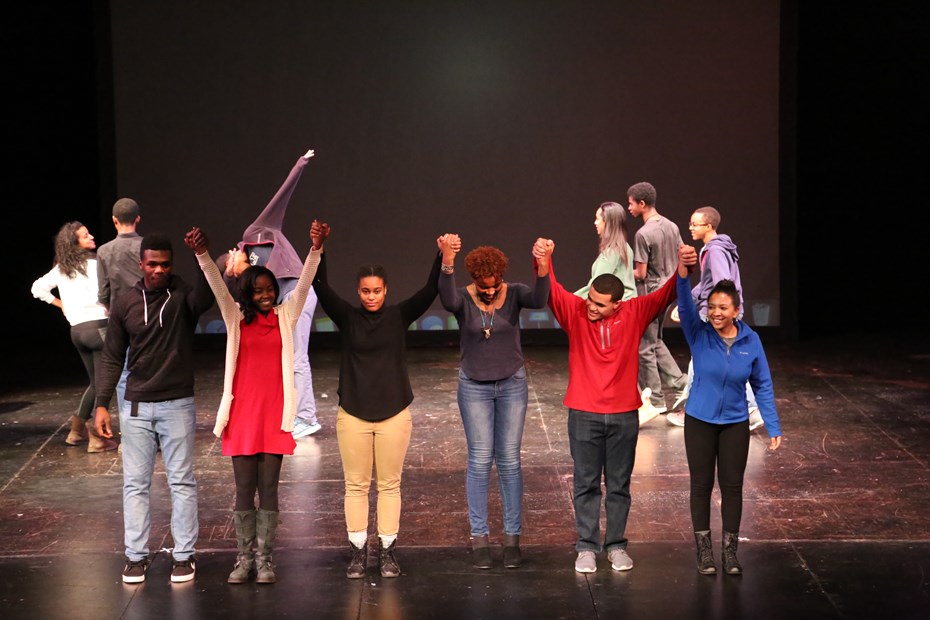 By Samantha Gamble ’17, co-editor of the Horizon opinion section

Every year, members of the Sidwell FriendsBlack Student Union write, produce, and act in a show that is performed in the Lower, Middle, and Upper School assemblies, and for the general public for one evening. The show takes place during Black History Month and serves as an outlet for the voices of students (all are welcome to participate) in a medium that they might not otherwise use to express themselves. While the actual content of the show varies from year to year, the soul of the show remains the same: Black Student Union members want to be heard by the rest of the School community. The show—filled with song, dance, poetry, and film—is the culmination of months of hard work, but furthermore it is the culmination of lifetimes of enduring and witnessing institutionalized racism, microaggressions, stereotyping, profiling, and discrimination. It is a reflection of what it means to be black at Sidwell Friends, what it means to be black in the United States, and what it means to be black in the world.

The unbridled, searing emotion in the BSU show distinguishes it from any other performance at Sidwell Friends. It is imperative that audience members embrace their responses to the often difficult and heart-wrenching subject matter,, because it is in the mutual discomfort of the audience and the performers that we can find the beginnings of positive change, at Sidwell Friends and beyond, for the black community.

This year was my second year being involved in the BSU show as stage manager, and as someone who gets to aid in the creation of the show and then watch it unfold on stage for the majority of the School community, I am struck with the enormity of the show’s importance every time. Students are listening to their fellow classmates recount the obstacles they face on a daily basis, teachers are watching as the faces they know from behind desks sing and dance in the name of freedom, parents are admiring the bravery of the children who are up on stage embracing their pain.

The BSU show is important to me because it is a space for students to speak without interruption, without question, without confrontation, without repercussion, and without intimidation. The show is often representative of many of the conversations that take place in the weekly BSU meetings, and expressing those same sentiments in front of the entire School is compelling in and of itself. The Black Student Union show is important because it provides a powerfully unique channel for the voices in the black community at Sidwell Friends to be heard and taken to heart.