A Fresh Look at O.J. 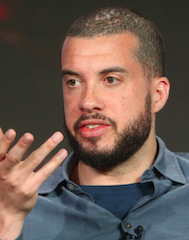 You may think you’ve heard—and seen—it all about O.J. Simpson, especially after the recent re-creation of his trial, with Cuba Gooding Jr. in the title role. Somehow, though, Ezra Edelman ’92 managed to find a new way into this American tragedy of fame, murder, and national race relations in his widely lauded mini-series, O.J., Made in America. Known for his high-quality sports documentaries (HBO’s Magic & Bird, A Courtship of Rivals; the Emmy-Award-winning Brooklyn Dodgers: Ghosts of Flatbush; Requiem for the Big East), Ezra drove the film in a different direction when ESPN gave him eight hours to fill for a nonfiction look at the football star. As he told a Vanity Fair writer recently, “I took pains to really tell the story from all sides and sort of empathize with everyone. There was so much going on in this trial that had nothing to do with O.J. . . . about criminal justice in America and in Los Angeles.” Now, the film is spurring not only good reviews, but increased conversation about how the Rodney King incident influenced the verdict, how O.J. sought fame more than sports success, and how race and reactions have progressed (or not) in the aftermath of Ferguson and other recent news stories.