Alumni Bookshelf: Only in Naples 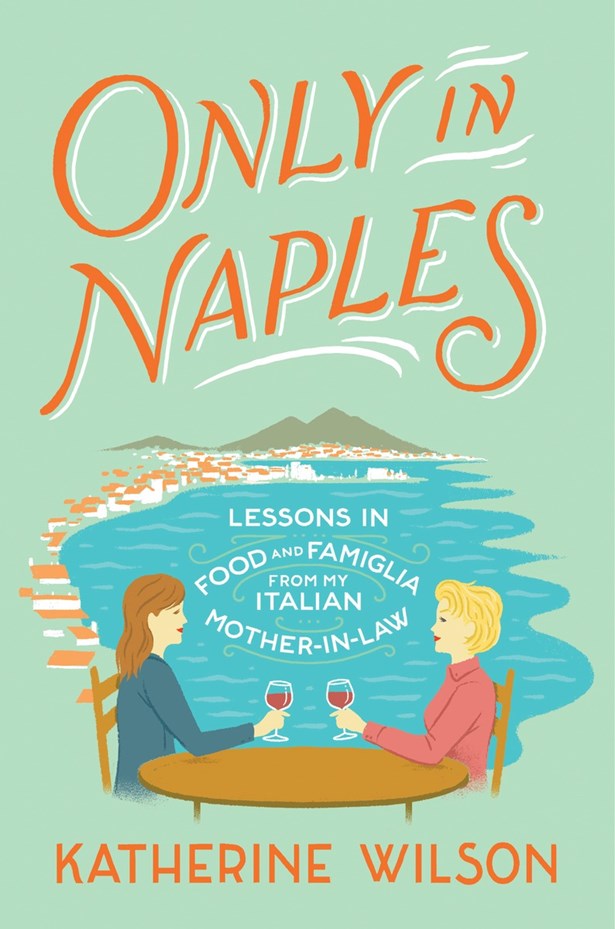 Katherine Wilson ’92 cooks up a memoir about a delicious life in one of Italy’s most vibrant cities.

This interview with Katherine Wilson '92 originally appeared in Alumni Bookshelf in Vol.87/No.3 of the Alumni Magazine. Interview by David Vine '93

A memoir about a delicious life in one of Italy’s most vibrant cities.

Q: You’ve written a beautiful, funny, touching book that spans food and family, language and love, and people. By the second page, you had me tearing up. Soon after, you had me rethinking my daily existence in DC. What do you hope people experience reading Only in Naples?

I’m so happy that your experience reading Only in Naples was similar to how I feel when I’m there: overwhelmed by the beauty and humanity of the place, and also entertained and mystified by its contradictions. That’s what I want, for readers to come with me to Napoli. I want them to join me in my mother-in-law’s kitchen, to be spoon-fed her divine ragù and transformed by Neapolitan living in the way that I was.

Q: Many know you as an actor and singer dating to your time at Sidwell Friends. When and why did you first get the idea to go the author route?

I’ve always loved the stage, ever since I was at Sidwell Friends studying with John Elko and Ed Crow. I worked in theater and dubbing in Italy for years before deciding to write. As I toured in Italian musicals and dubbed really bad horror flicks, colleagues would ask me why I’d moved to Italy. American friends asked (with a horrified face) what it was like to be married to a Southern Italian man and to have to deal with his mother! I told them that I’d been adopted into a family, and that my mother-in-law wasn’t a stereotypical mamma stirring pasta sauce who was protective of her son. She was lively, beautiful, and wise. I’d read a number of idylls about quaint Tuscan towns, and thought, basta—enough. I want to write about the laughter and healing that I found in this family.

Q: Your book is more complicated and interesting because it interweaves stories about life in Naples with honest and sometimes painfully revealing stories about your life growing up in DC and at Sidwell Friends. Why were the stories of your youth important to the book?

Often, people who live in two cultures feel like they have a split personality. In writing about my upbringing as well as my life in Naples, I stitched together parts of myself that felt divided. Plus, I’ve always been interested in contrast. What’s dating like in Naples compared to the United States? How about education and childcare? I couldn’t talk about my background as if it were “typically” American. Sidwell Friends, Princeton, my hilarious, insane parents… all of that had to be unpacked to be understood. My apologies for casualties along the way!

Q: Given your background in anthropology, I wonder if you think you’ve lived the anthropologist’s dream of becoming part of the culture one goes to study? Do you feel like an insider now?

It depends. I’m proud when I meet people from other cities in Italy and they ask which part of Naples I grew up in. When I tell Neapolitans that I’m American, they don’t believe me. (Then I invite them for dinner and try to prepare typical Neapolitan dishes, and they say, OK, we believe you now!) But the way I observe and elaborate cultural difference is completely American. I learned it at Sidwell Friends, where difference has always been valued, and at the anthropology department of Princeton. I’m grateful for both my American and Italian “education”!

David Vine ’93 is Associate Professor of Anthropology at American University in Washington, DC. With Katherine’s help, David visited Naples while researching his book Base Nation: How U.S. Military Bases Overseas Harm America and the World. Then, he returned the favor when he connected Katherine with Anna Stein ’93, the literary agent who helped get both of their books published.