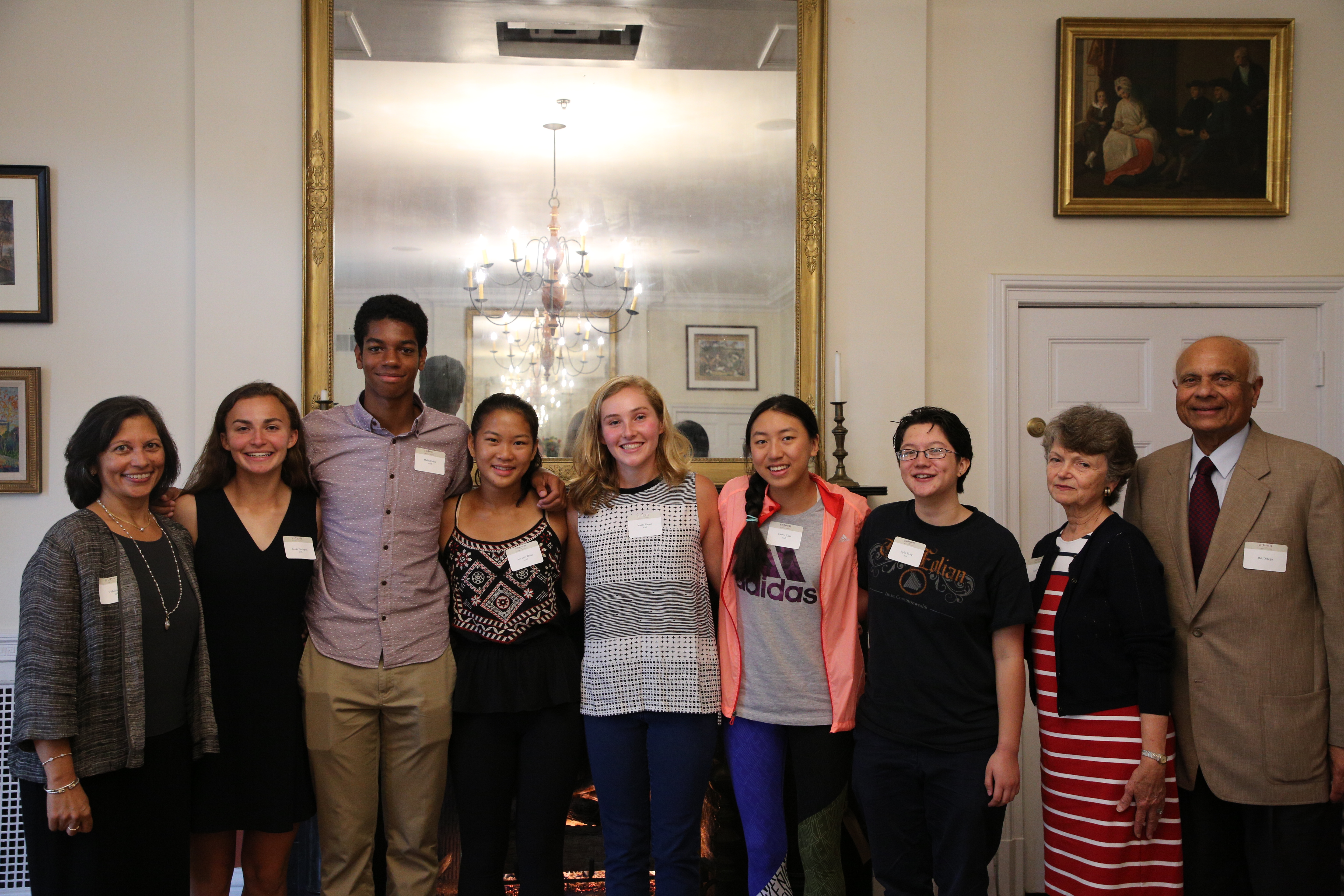 “I interned at the McLean Asset Corporation,” she explains. “Before, I’d never taken an economics class—I’d only studied it for my research paper this year. So I didn’t really know what I was getting into. But doing the internship, I thought, ‘Oh, I could really see myself in this environment in the future!’”

Alexandra’s experience was made possible by the Dehejia Fellows Internship Program—a way for rising seniors to spend their summers pursuing an area of interest while learning what it’s like to be part of the workforce. Run by history teacher and Assistant Academic Dean Robbie Gross, the program is in its second year and has already begun to expand and enhance students’ ideas about what they might like to do after college.

The Dehejia family created the internship program in memory of Anindya Dehejia ’78, who sadly passed away in 2001. As a young person, Anindya’s internship experience at the National Institutes of Health served as the foundation stone for his later career as a distinguished molecular biologist participating in important scientific advances of his time, including the first part of the human genome map. The Dehejias are now bringing similar life-changing experiences to other Sidwell Friends students.

“The Dehejias are gracious, humble, and truly brilliant people,” says Jordan Chernof ’17, who completed his internship last year. “I was touched by the book they gave me about their son Anindya, and I feel honored to have received this scholarship in his name.”

Interested students apply for the internship each spring, after two optional workshops aimed at helping them strengthen their resumes and cover letters. Michael Adeyi ’18, who just finished his internship at a political organization called No Labels, was intrigued from the beginning.

“Mr. Gross sent out an email to the whole junior grade, saying ‘I have these internships if anyone’s interested,’” Michael explains. “That immediately caught my eye. He set up a resume workshop, which was really helpful. I applied to a few of the internships that looked interesting, and then they reached out and said they wanted a phone interview.”

Jordan also worked for No Labels. “When I saw the list of internships, I was immediately drawn to their mission,” he says, “which matched my interest in politics with a common-sense approach to governance. On a typical day, I balanced working in their digital department and experiencing the political side of a DC internship. Sometimes this involved traveling to Capitol Hill, and sometimes I spent the day learning the email marketing techniques that political campaigns use. It was a great opportunity to interface with political veterans, meet other interns, and explore my interest in politics.”

“Most of the interns were older, but they were all really friendly,” says Michael. “I got a lot out of it—especially because No Labels itself is bipartisan. Getting to interact with everyone on the political spectrum, from super far left to super far right, means working with people and ideas that you might not normally work with. It’s helpful to get new perspectives—not just to see ‘the other,’ but also advancing a political goal, as opposed to arguing and pushing for just one side’s opinion.”

Jordan’s experience at No Labels was so positive that the organization had a special request for him at the end of his time there. “On the final day of my internship, the CEO asked me to work as a part-time consultant,” he says. “I worked as much as I could during my senior year, and have been working there full-time this summer.”

Alexandra, meanwhile, says her time at the McLean Asset Corporation has changed her outlook on a potential economics career. “I take away a deepened interest in economics,” she says. “Seeing a real-world application, what people do every day, and the professional environment was so interesting. I plan on majoring in economics when I get to college. And I’ll definitely be taking it at Sidwell Friends next year.”