"Before Title IX, There Was Evelyn Fine" 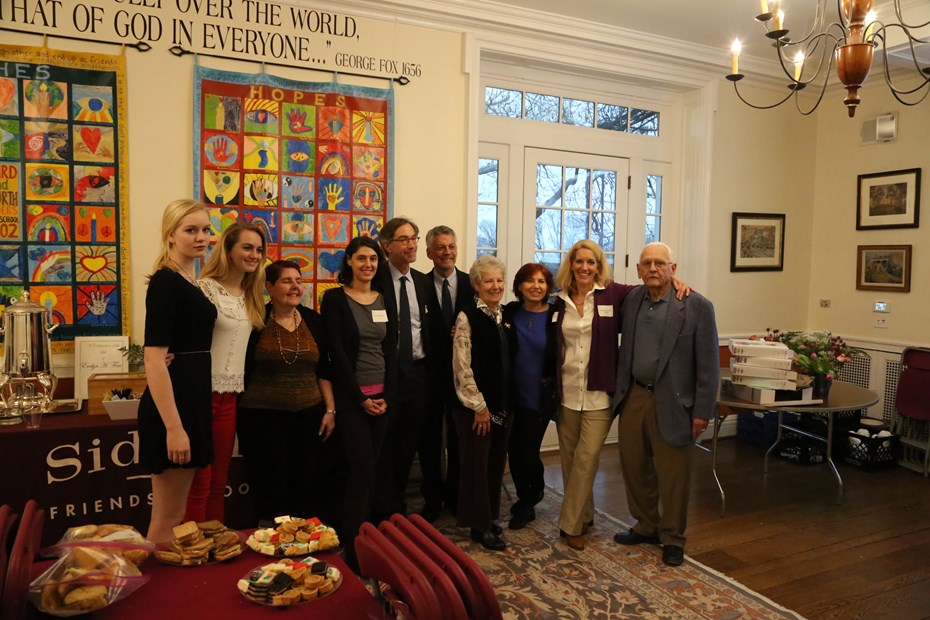 On Sunday, February 21, along with family and friends, a group of former Girls’ Athletic Director Evelyn Fine’s “girls,” as she called them, gathered for a memorial Birthday High Tea. Anything Miss Fine did, she did to the highest standards, and so it was fitting to share memories and memorabilia while drinking tea from china cups and nibbling on tea sandwiches and scones.

Evelyn served Sidwell Friends from 1954 until her retirement in 1981. She frequently returned to campus over the next 30 years and kept in touch with many former students until her passing on October 1, 2015.

As important as the Sidwell Friends community was to Evelyn Fine, what Miss Fine gave to each of her girls was even more important. “In fact, for many of us, she made an indelible difference in our lives,” said Nan Lowe ’76.

Carol Sisco ’70 spoke about the importance of Evelyn’s support for girls who wanted to excel at sports. “She created an environment in which we could compete and win, our talents were nurtured, and our accomplishments were recognized,” said Carol. “She also interjected herself into our lives when our behavior was not healthy. Many of us did not have anyone else in our lives to teach us to lead and to give us confidence. Miss Fine continued to stay in touch with us after graduation, encouraging us to be the best person we could be, with the assumption that we could, and would, succeed in the world beyond Sidwell Friends.”

Ruth Woodcock ’55 said she came to the tea because Miss Fine was an important figure for her as a member of the field hockey, basketball, and tennis teams. Deborah Barger Hanrahan ’57 noted that Miss Fine’s teams were always victorious, and she wanted to know whether the winning athletic traditions have continued. All of those present assured her that they have, indeed.

Many former players remembered the post-game requirement to socialize with visiting teams at “tea,” particularly teams that had traveled a distance to play at Sidwell Friends. Guilford Queen ’73 shared a message expressed by many alumni boys about Miss Fine’s expectation that her girls would be respected and given equal opportunities in athletics and beyond— a reminder that, Before Title IX, there was Evelyn Fine!

A number of former coaches and faculty colleagues including Libby Barton, Mary Ann Harris, Anne Monahan, and Peggy Kane came and shared their own memories of Evelyn’s passion for sports, her desire to compete, the importance she placed on sportsmanship, and her belief that her girls would prevail on the field and throughout their lives. Members of Evelyn’s family came from New York to join the celebration and shared their memories of “Aunt Evelyn” as someone with amazing tales of worldwide travel who was nevertheless always interested in their lives. Friend, alumnae, and current SFS parent Margaret Miniter Paulsen ’83 summed up Evelyn’s lessons as follows: Build a lifetime team and keep them close; live bold and with purpose; there is right and wrong, so speak it; small gestures matter—repeat them often; love is a gift, give generously; and finally, value others and, above all, value yourself.

Photos from the event and some from the archives can be found here, and read tributes to Evelyn written by some of her girls here.