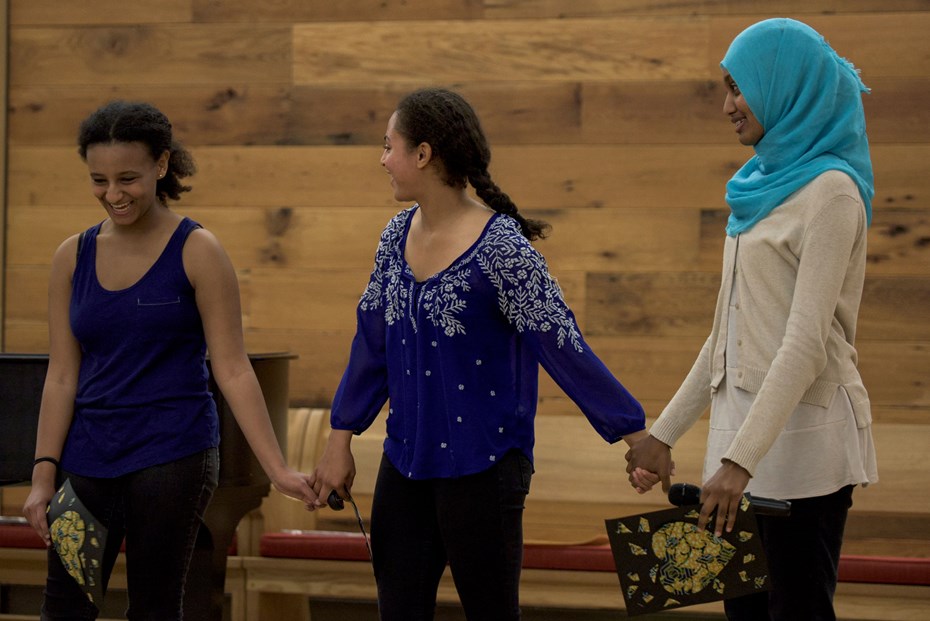 “They say you can't judge a book by its cover,” began Omékongo Dibinga, a poet, activist, and creator of Upstander International, his words filling a rapt room on May 4, “but it has become appallingly clear that you can judge an entire continent by its media coverage.” When you think of Rwanda or the Congo, what comes to mind? Genocide? Rape? Corruption? Too often, we associate these negative realities with both countries and the continent as a whole; worse, we associate only these negative realities. As students of Shields Sundberg's 20th-Century Africa class, we explore how national policies, canonical texts, and the media reinforce harmful stereotypes about the people and the land. After we learned about the history of the region, we created projects that offered deeper insight into the lives and stories of the Rwandan and Congolese people through music, art, poetry, and storytelling— mediums that allow a more realistic and representative picture of Africa. This night, for students and the community at large, was a special one, led by Omékongo, whose bio on Upstander tells us that he’s a “motivational speaker, trilingual poet, TV talk show host, rapper, and professor of cross-cultural communication at American University.” Our evening was broken into four different parts. We began with "Stories of the Land," then we looked at the ways "Women Hold Up Half the Sky" and "Art as Real as Life Itself,” wrapping up with "Silences and Voices." Not only did these presentations and personal reflections celebrate the Bright Continent, but as Omékongo put it, we were starting a conversation we hope to extend to the rest of the Sidwell Friends community and beyond as we seek to understand and partner with 21st-Century Africa in all its power and brilliance.