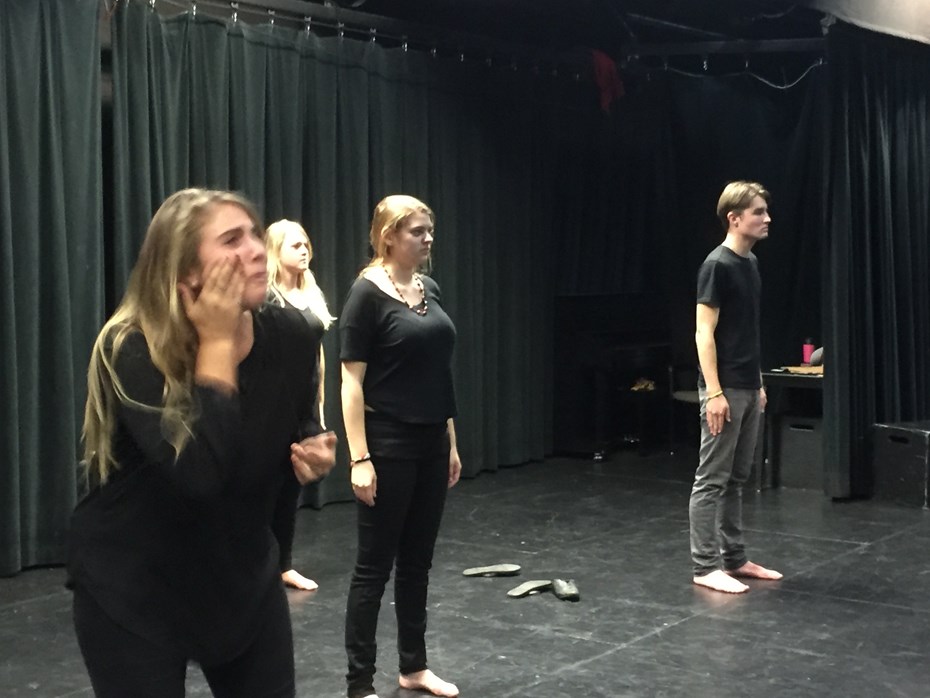 By Shoshanna Sumka, Coordinator of Global Initiatives and Service Learning

Provocative social justice issues came into stark relief for Middle School theater students this week when college students came to share what they had learned through a study-abroad program in Ecuador called Rehearsing Change.

The program teaches participants how to use drama to start dialogues on racism, gender violence, and cultural identity. SFS students watched four undergraduates from American and Brown Universities enact pieces that they had developed with counterparts from small Amazon communities and marginalized neighborhoods in the capital city of Quito.

Rehearsing Change is an arm of the Pachaysana Institute, a collective of international educators, teaching artists, and development specialists dedicated to bridging the divide between community and international development and between local and global education. As part of the program, local counterparts and international students learn about development, sustainability, identity, and globalization in the context of local communities. They use techniques from applied arts (or arts for social change), engaged learning/scholarship, and participatory action research.

The first act of the show exposed the cyclical nature of gender expectations, focusing on a young girl who was taught to “be a princess” and to dress to please boys. These messages continued to play out later in her life when she found herself repeating to her own daughter the same things that had caused her so much distress. The second act told a story about a jaguar and snails to show how a community could band together against an outside threat to preserve their rainforest land. In the final piece, the college students talked about witnessing racism and discrimination against indigenous communities and how people with darker skin are powerless in the eyes of white and mestizo society. The piece ended with an image of a woman frantically trying to wash the color off of her skin.

During post-presentation conversations, 7th and 8th graders said they found the performances to be “powerful, deep, thoughtful, and real.”