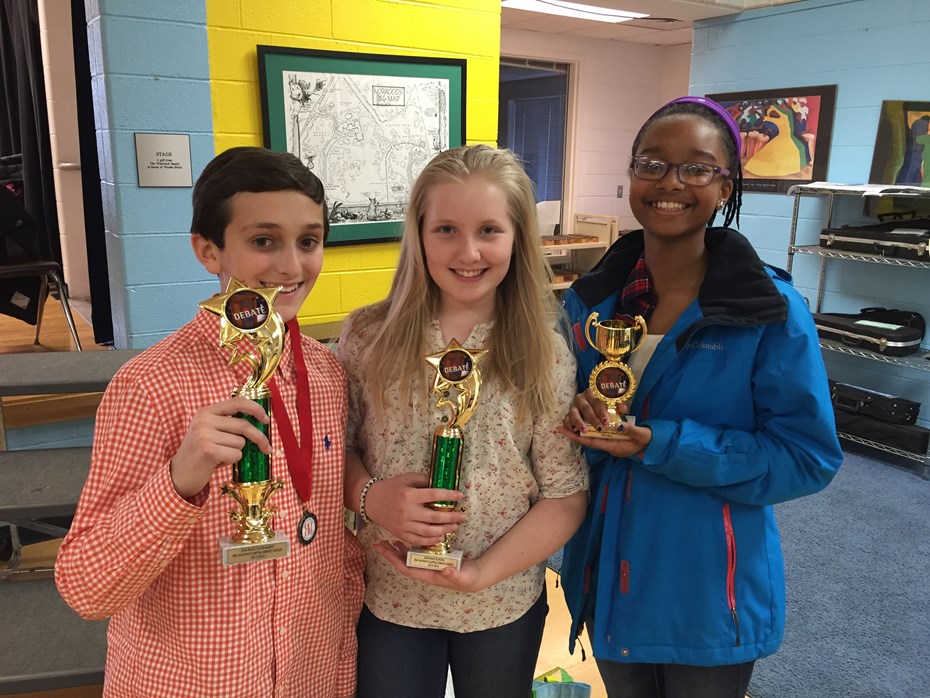 The Middle School Debate team traveled to the Norwood School on February 6 to participate in the inaugural tournament of the newly formed Nation's Capital Debate League. At this tournament there were 144 debaters on 48 teams from eight different regional middle schools. The Sidwell Friends Middle School brought 30 debaters on 10 teams, and fared well at the tournament. SFS placed second overall in total number of wins and second in percentage of wins per school. Of the 48 teams present, there were only three undefeated teams in the tournament, including the SFS team of Aidan B. ’21, Eva Y. ’21 and Imani T. ’21, whose 4-0 record earned them third place overall. Other awards included an 8th place trophy for the team of Hugo C. ’20, Alex S. ’20 and Nicholas S. ’20. In the category of individual speaker awards the SFS team also fared well with Danny R. ’21 coming in 10th overall, Aidan B. ’21 placing 11th, Alex S. ’20 coming in 12th and Nicholas S. ’20 placing sixteenth overall. While this new league is very challenging, every team won at least one round and most teams were either 3-1 or 2-2. All of the SFS debaters stepped up and did a terrific job. Congratulations to all of the debaters.