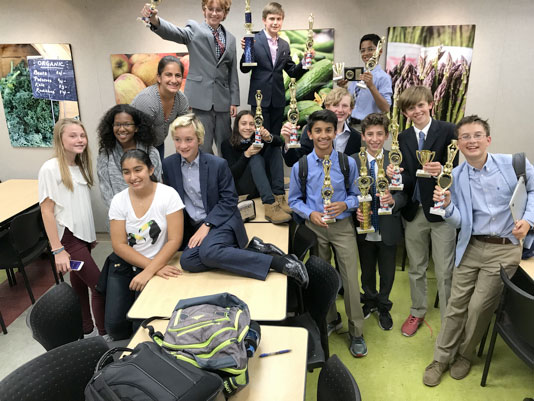 The Sidwell Friends Middle School debate team hosted the Nation’s Capital Debate League’s first tournament of the 2017/18 school year on Saturday, October 21. With more than 170 debaters from 12 schools (including five teams from Orange County, California), the Sidwell Friends debaters captured the first-place trophy! SFS had three undefeated teams (4-0) who took the top three spots. In addition to every Sidwell Friends team winning at least one round, the entire Middle School team also won accolades in the Speaker Points category, with students earning fourth, fifth, and seventh place. All of the debaters did a terrific job! Congratulations!