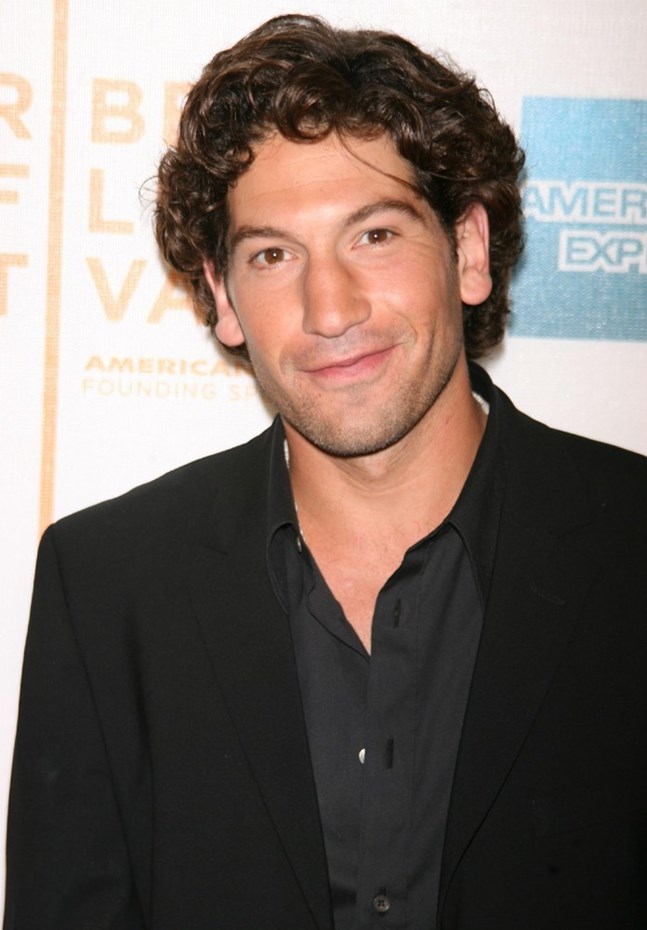 Jon Bernthal ’95, an actor whose portfolio includes roles in AMC’s “The Walking Dead” and “The Wolf of Wall Street,” first debuted in Sidwell’s Lower School plays. In high school, though, his interest in drama was sidelined as he focused on his sports, football and baseball. Bernthal went on to play baseball at Skidmore College before dropping out to pursue a career in acting. He credits the late Alma Becker, a well-known Skidmore theater professor, with reigniting his passion for theater.

“I always knew it was inside me, but I stayed away from it,” he said. “Once I started, I immediately fell back in love with it and fell away from grades and baseball.” After dropping out of Skidmore, Bernthal toured New York and Washington, D.C. with a theater company and later enrolled in the Moscow Art Theatre School. “I was convinced at that point that acting was exactly what I wanted to do,” he said.

While Bernthal acknowledged that he’s been recognized more for some roles than others, he doesn’t believe in the concept of a “big break.” “I don’t look at [acting] as one job,” said Bernthal. “It’s a body of work.” Bernthal views every role as a new opportunity to further develop his skills and expand his range as an actor. “I’ve always wanted this career to be a marathon, not a sprint,” he said. “What’s really important to me is to work with the best people and materials I can, not what a role will do for my career.” He feels lucky to have had excellent mentors and has always placed a particular priority on working with great directors. His focus has paid off in spades, as he has benefitted from having worked with some of the best, including Oliver Stone, Steven Spielberg, and Martin Scorsese.

In 2010, Bernthal began portraying Shane Walsh, a police officer and survivor of the zombie apocalypse, on AMC’s “The Walking Dead.” Bernthal felt that the role of Shane was “tailor-made to [his] strengths and gave [him] time to grow.” He formed a strong connection with his fellow cast members, who he described as sharing a common sense of determination and work ethic. He has also worked on other TV shows, including “Mob City,” “Eastwick,” and “The Class,” among others, and is set to star as Frank Castle, otherwise known as “The Punisher,” in season two of the Netflix series “Daredevil,” inspired by the Marvel Comics character of the same name.

Bernthal also has substantial experience working in film. He played Brad in the 2013 smash hit, “The Wolf of Wall Street,” and still remembers how nervous he was to audition in front of Martin Scorsese, the movie’s Academy Award-winning director and a long-time “hero” of Bernthal’s. Bernthal recorded and sent his audition tape from Los Angeles and felt it had gone well. Then, one Sunday, he got a call from Scorsese, who asked him to be in New York the next day to read for a totally new part. Bernthal, then in Arizona, flew straight to New York and spent the night studying his lines on a park bench.

According to Bernthal, the Scorsese audition was the most nerve-wracking event of his life. Bernthal explained that he usually tries to “divorce [himself] from what [he] wants out of an audition and focus on having the best artistic experience possible.” He described auditions as an actor’s “most pure form of the performance,” as, in that moment, the actor has no distractions—no costumes, makeup, or outside influence on their work. However, “with Marty [Scorsese], that all went out the window.”

While Bernthal is grateful to have worked in both film and television, he noted that each environment has its own ups and downs. The major difference between the two entertainment mediums, Bernthal said, is the timing. Television production is faster paced than film, as each episode is allotted only 8 to 10 days for filming. As a result, every day is jam-packed, and the actors only get a few takes. “Working in TV keeps you on your toes. You have to be on you’re A-game every day,” emphasized Bernthal. For movies, however, weeks or months of taping result in a final product of only a few hours. “On one hand, it’s great to concentrate on trying to get it perfect in film and spend an entire day on it,” Bernthal said. “It’s also great to get three big scenes a day in television and only get a few cracks at it.” While the jobs are extremely different, for Bernthal, the key to both is the same --“unbelievable amounts of preparation.”

Bernthal’s past few months have been a whirlwind. He is relishing what he described as “a Renaissance in television right now,” exemplified by his starring role in season two of Netflix’s Marvel Comic spinoff “Daredevil.” Bernthal also has a number of movies in his future. “The Accountant” is set for release in October of this year and stars Anna Kendrick, J.K. Simmons, and Ben Affleck, along with Bernthal. Bernthal will also feature in “Pilgrimage,” a film set in 12th century Ireland at the end of the Crusades, and “Shot Caller,” a thriller revolving around prison gangs and starring a “great cast.” Other upcoming projects include movies “Wind River,” with actors Jeremy Renner and Elizabeth Olsen, and “Baby Driver.”

While Bernthal loves being an actor, he admitted that “it’s a business that will chew you up and spit you back out.” The profession certainly comes with its own unique set of challenges. For Bernthal, the biggest difficulty coincides with the biggest excitement—never knowing when the next job will come. “If you look at it one way, it’s scary and can get you down. If you look at it the other way, the next job could completely change your life and your view of the world. You could meet people that you’ll know forever,” he said. The only way to manage the uncertainty is to remain positive, Bernthal explained. The long work hours and travel schedule associated with being an actor also take a toll. This sentiment is especially poignant for Bernthal, who has three young children and has had to miss out on a lot of time with them.

However, overall, Bernthal feels tremendously blessed to have had the opportunities he has as an actor. He feels his career has allowed him to “live so many different lives” and has loved being able to travel and meet new people. As an actor, he gets to do “what he loves more than anything in the world (except his family) and gets paid to do it.”

Bernthal knows better than anyone what it’s like to be a hopeful, young actor and has some advice for those who want to pursue a career in acting. His message can be summarized in one simple word—“study.” Bernthal is not a believer in “big breaks,” and he feels that young actors often place too much focus on landing a starring role right out of the gate. Bernthal sees a danger in trying to go straight to television without building up a skill set and learning “how to be a craftsman.” Even if an inexperienced actor or actress is able to push his or her way into the industry, he explained, producers are soon able to realize that the actor lacks depth and range.

“Don’t worry about getting in the right room; worry about what you’re gonna do in that room,” Bernthal advised. “Sooner or later, everyone who wants to be an actor will get in front of someone who can transform their career. The point is, if you get in front of that person and you don’t have the goods, what’s the point?” Bernthal stressed that, in places like the United Kingdom and Australia, the idea of becoming an actor without training at a conservatory first is unheard of. That is why so many roles go to foreign actors, rather than American actors, explained Bernthal, who spent time studying at Moscow Art Theatre School. Bernthal believes young actors should read and act in as many plays as possible. “If at that point, you realize you don’t have it, then walk away,” Bernthal said. “But if you’ve made it over the hurdle, never give up.”