First Debates of the Year 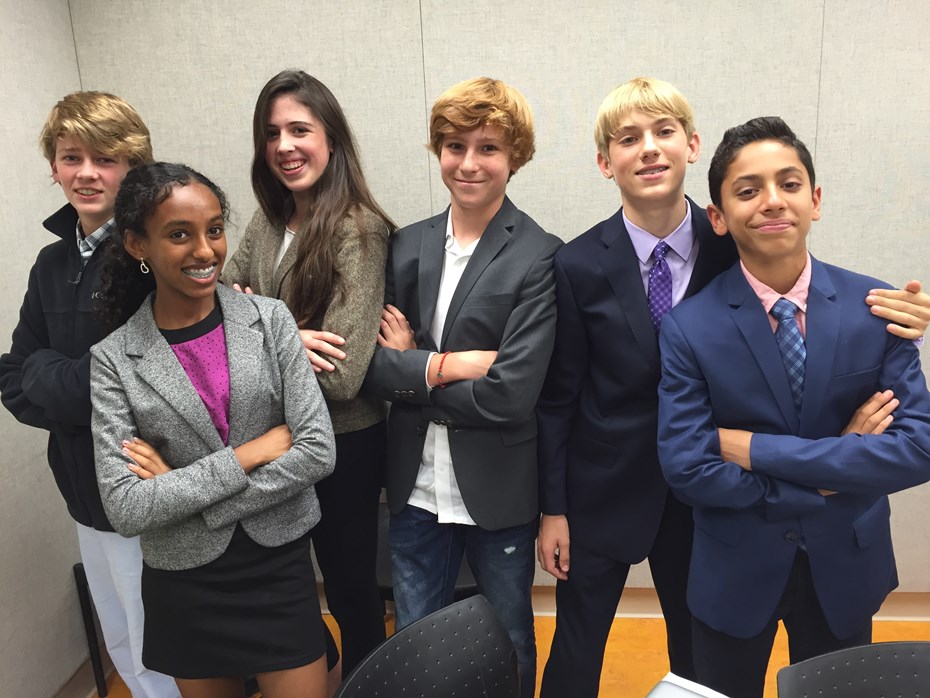 The Sidwell Friends Middle School Debate team hosted the first DC Urban Debate League tournament of the 2015/16 school year on Saturday. The tournament had debaters from fourteen schools from DC, Maryland, and Virginia. The SFS team featured 10 teams of three for Parliamentary debate and three teams of two for the leagues first ever Public Forum debate. The Sidwell Friends teams fared very well, with all three Public Forum teams going undefeated with a record of 3-0, coming in first, second, and fourth. In the Parliamentary category, where Sidwell Friends sported a majority of first time debaters, the team took the first place trophy overall, going undefeated for the tournament. Every Sidwell Friends team won at least one match in this tournament, a terrific feat considering the number of first time debaters. Congratulations to all of the debaters!