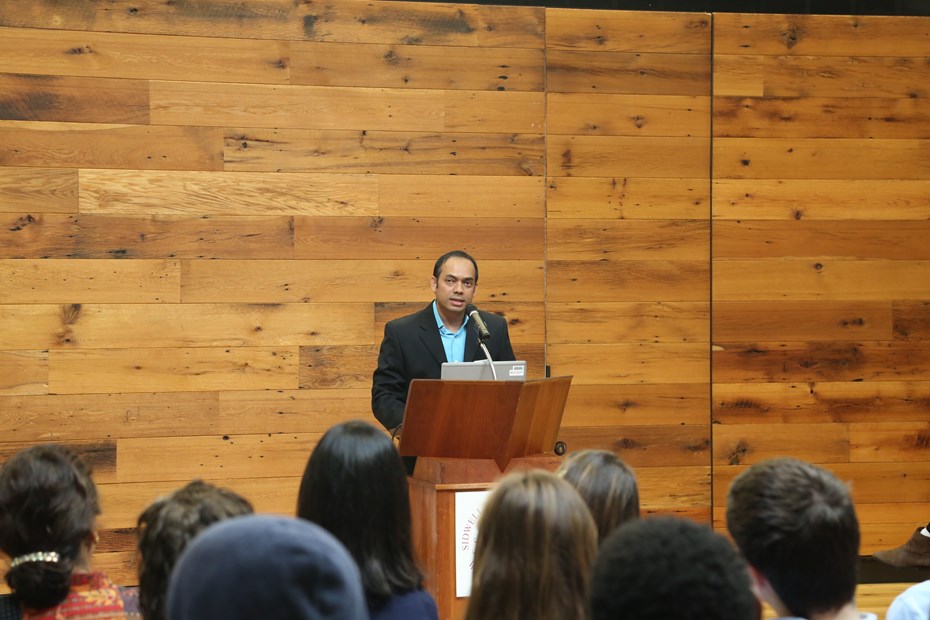 “I begged him not to shoot me.”

From four feet away, a double-barreled shotgun blasted pellets into his face, decimating one eye. The pain of “a million bee stings” seemed to strike before the sound of the discharge reached his ears.

Rais remembers crying out for his mother, thinking he was dying. And he remembers what the gunman, a man who would become known as “the Arab slayer,” did next.

“He was just standing there looking at me.”

White supremacist Mark Stroman, who twice succeeded by taking the lives of other brown-skinned immigrants, had failed to do so with Rais. He was caught and sentenced to death for his crimes, which were motivated by a sense of revenge for the attacks on the World Trade Center towers less than two weeks before his assault on Rais.

Years later, Rais would once again be pleading for life. Only this time, it was for Mark Stroman’s.

Along with Amnesty International and other groups opposed to the death penalty, Rais Bhuyian fought to keep Stroman from being executed. The effort was in vain, but before he received a lethal injection, Mark Stroman came to see Rais as a full human being worthy of being called “brother.”

“The transformative power of mercy and forgiveness” was the message students and community members heard when the Parents Association brought Rais to campus October 5. Now the founder and president of the organization World Without Hate, Rais travels the country sharing his story and bidding others to soften their hearts and learn to lead with compassion and empathy.

“Retaliation does not make you feel as good as you think it will,” Rais said. “When one of us bleeds, all of us bleed. When I was able to forgive [Stroman], it allowed me to be whole again.”

World Without Hate works to teach younger generations to get beyond personal prejudices and treat everyone well regardless of their background or orientation, Rais explained. It does this through two programs: workshops that train youth to be leaders and “empathy ambassadors,” and a two-week filmmaking course called “Compassion in Action,” during which participants create videos that focus on overcoming cultural barriers or social biases.

“All of you here want a better world, a peaceful world. What are you prepared to do to get it?” he asked. “I urge you to get involved. Stand up against any kind of hateful acts. We are all in this world together.”

Rais’ story is at the heart of the book The True American: Murder and Mercy in Texas by Anand Giridharadas ’99. Published to excellent reviews, it has been optioned for the big screen by movie director and producer Kathryn Bigelow.

Several members of the Sidwell Friends community gave reviews of their own after Rais’ talk. Following are their reflections:

“We feel very fortunate to be in a community that promotes and celebrates the values that Rais talked about so movingly and eloquently. His commitment to breaking the seemingly endless cycle of violence, intolerance, and retaliation in our society is rare and inspiring. It is truly amazing that out of such a tragic chain of events, he was able to muster the courage and determination to not only forgive his attacker but embrace him as a brother and use his experience as a powerful platform to spread his message of unity. I mentioned to my wife that Rais reminded me of Gandhi or Mandela, and the challenges he is working to overcome are just as daunting as the obstacles they faced.”

“I am so humbled and grateful to have met Rais and heard his story first-hand. His resilience and response to the harshest of circumstances is incredible. I can only imagine the circumstances in Bangladesh that prompted him to immigrate to America. To then arrive and be the object of a hate crime related to 9/11 would sink anyone. What I took away is his response and what he chose to make of his life.

“I am also very grateful that the Sidwell Friends community—the alumnus who wrote the book, the parent who brought this to the School, and the School that shared it with the community—are helping bring this story to a wider audience. Honestly, in today’s polarized and divisive society, Rais’ quest to break the endless cycle of violence and revenge, not to mention foster understanding, is really the only answer to a world gone mad.”

“I’m so glad we were present to be touched by Rais’ story. It was moving and inspiring. As he shared his realization that his attacker’s hatred toward Rais and others was fueled by an abusive childhood, I was reminded what a huge responsibility we have to the children in our world. If every child were loved and protected, there would be no place for hate to take seed and grow.

The second message I took from the evening was that exposure to those different from us is vital if we are to overcome fears based in ignorance and stereotypes. When we share our lives with each other, find common ground, and are generous toward one another, we find friends in unexpected places.”

“My husband and I were incredibly moved by Rais’ talk. We were encouraged to go by our 11th grade son who was also inspired by Rais' story and his ability to forgive. I worry about the world our children live in with such hate and misunderstanding. Rais' message about exposure, connection, and forgiveness is crucial. Even if one is not driven by faith, like Rais, certainly we can be struck and empowered by the drive to make this world a better place. In the Jewish faith, this is called Tikkun Olam, or ‘repair the world’ . . . and this is the life Rais leads. He is just not talking the talk, but walking the walk, working every day with victims and perpetrators of hate to transform individuals and bring compassion to our world. His extraordinary path should be an inspiration to all of us in the Sidwell Friends community.”

“Rais' message was, to me, simple yet powerful. The pillars of his campaign to create a world without hate, including exposure and connection, seem to me to be present already in our Sidwell Friends community. That said, I think we (as a community) could benefit from building upon the pillars.

“I was reminded, as I listened to Rais, that our children are privileged in so many ways. Many of them have access to information from sources representing a variety of experiences and viewpoints from around the world. Many of our children have traveled to different parts of our world, or hail from faraway places. More important, however, are the experiences our children share with one another on a day-to-day basis at school. Sidwell Friends, in my view, does a remarkable job of enrolling children from racially, ethnically, and religiously diverse backgrounds. At almost any gathering of members of the community, I feel that I can look around and see many people who are not like me. This is true for our children as well. This is the first step in Rais' formula for creating a world without hate. Exposure to the "other" is the essential starting point on this path. To the extent that the School can cultivate a diverse community, our children will be much better equipped to create a world without hate. Diversity must apply not only to racial and ethnic categories, but to socioeconomic categories as well. Listening to Rais, I felt gratitude for the community we have as well as a renewed sense of urgency around the concept of true diversity at our School.

“Another thought that came to mind was how much his message reminded me of Rep. John Lewis' visit last year. Rep. Lewis, who also experienced horrific violence at the hands of those who hated him for who he is, came out of his experience with a message of love, forgiveness, and nonviolence. These are powerful messages. I hope with all my heart that our children can hear these messages over and over and over. Like anything worth accomplishing, the key is practice. Practicing—hearing or saying or living—these messages will effect change.”