Gender Has a Profound Effect on All of Our Lives 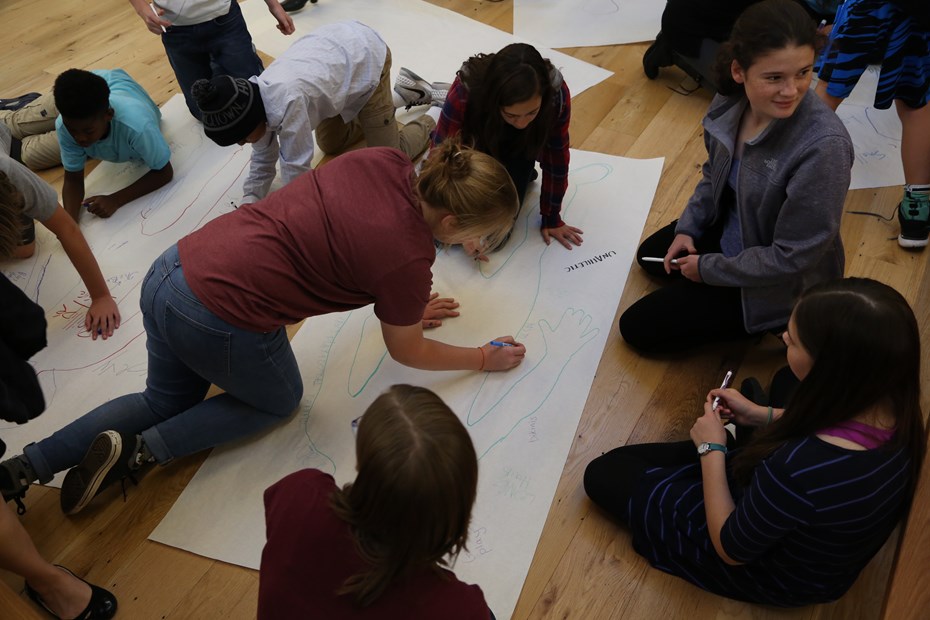 Philip McAdoo, director of Equity, Justice, and Community, met with 7th and 8th graders during assembly. Students filed into the room accompanied by music and sat by team and in their advisory. A new addition to the faculty this year, Philip greeted eager faces shoeless but with stylish socks on, and a MacBook in hand.

In their advisory groups, students have been exploring their identity, and the assembly was a chance for them to add to that conversation.

A brief video illustrated and broke down gender stereotypes. And then students explored the messages they have received about how boys are supposed to be and how girls are supposed to be. Using large sheets of paper, they traced an outline of a classmate and illustrated these societal gender stereotypes through words and images outside the human outline. Next, the students filled the inside of the outline with words that represented who they want to be.

Many of the words outside had to do with appearance and physical attributes such as muscular, pretty, athletic, tall, and long hair. The words on the inside tended to reflect intangible qualities and characteristics such as talented, intelligent, hardworking, curious, and enthusiastic.

One student reflected that this exercise demonstrated to him that, “People look at me differently than the way I look at myself.”