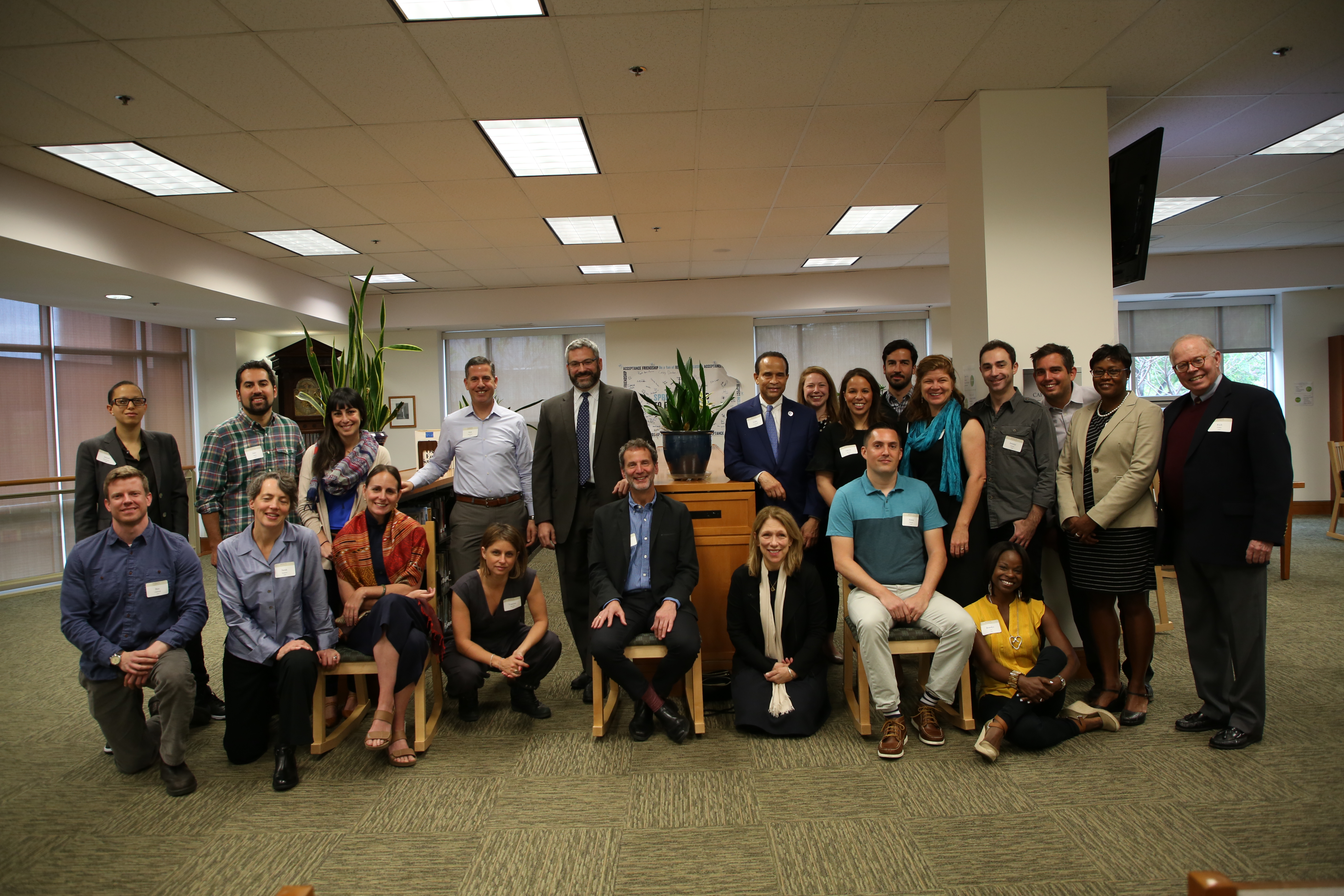 Alumni at Let Your Life Speak Day reassure students that keeping an open mind about their professional futures can be a “beautiful thing.”

During the Harry Potter-themed opening ceremony for this year’s Founder’s Day celebration, Head of School Bryan Garman, dressed as Albus Dumbledore, gave a special welcome to “those wizards who have left Sidwell Friends and gone on to the Muggle world. You have performed great magic there.” He was referring to the nearly two dozen alumni who were on campus that day to talk to Upper School students about the myriad ways they’ve been forging meaningful lives since their time at SFS.

Twenty-three alumni from an array of fields were invited to share career insights and advice as Let Your Life Speak (LYLS) panelists. In addition, media trailblazer Lynn Povich ’61 and Villanova basketball standout Josh Hart ’13 were asked to serve as opening and closing speakers, respectively, for the LYLS morning.

A common theme emerged as the speakers described the process by which they arrived at their current, most fulfilling roles: being open to uncertainty and unexpected opportunities.

Meet three alumni who discovered that you don’t always need a map to get to where you’re meant to be. [See the complete list of participants here.]

The future’s not written

“There’s something to be said for not knowing what you want to do” after high school and in college, said Lynn during her keynote speech. She only knew, after graduating from Vassar, that she wanted to go to Paris. Once there, she landed a job as a secretary in the Newsweek magazine bureau. When she returned to the States, she continued on with Newsweek in New York City in the only non-secretarial role available to women: researcher (a.k.a. fact-checker). Eventually, she was promoted to reporter and junior writer, but it wasn’t until the Newsweek women brought a landmark suit against management and added a feminist face to the national civil rights movement that higher roles (at Newsweek and elsewhere) were opened to women. Lynn secured her place in history when she was named senior editor and became the first woman to take part in the prestigious magazine’s weekly story conference.

Offers to take over the reins of Working Woman magazine and, later, to help launch MSNBC.com followed. Being receptive to the unknown “can be exhilarating and open you up to lots of possibilities,” Lynn said. “I changed my mind, evolved, sought things out. Keeping an open mind can be a beautiful thing.” Today, she serves on the advisory boards of the International Women's Media Foundation and the Women’s Rights Division of Human Rights Watch.

The shape of things to come

“Some of you know what you want to do and know how to go after it,” said Vanessa Wruble ’92, giving a “straight path” example of a future doctor who knows that after college comes medical school and then residency and perhaps a specialty. She stressed that people shouldn’t worry if they find themselves, as she did, on a nonlinear path in search of an avocation that feels right. The fact that she found herself on stage at the Women’s March on Washington in January, introducing iconic feminist activist Gloria Steinem to the crowds, gives credence to her theory.

After graduating from Williams College, Vanessa tried making a film, got a master’s degree in interactive media, and then set off to explore the world. She did some humanitarian aid work and got another master’s degree in foreign conflict. But it was the music culture in Sierra Leone that truly inspired her. She and another friend teamed up with popular musicians Questlove and the Roots to launch OkayAfrica in America, a website that promotes bands and singers, fashion, style, and other aspects of a continent less known for its culture than for its conflict. She steered OkayAfrica for the past seven years before recently stepping down.

The leap to national operations director of the Women’s March was easy. Knowing she had strong organizational and management skills, she simply volunteered. She’s now helping to form a coalition of Women’s March leaders from across the country to keep the momentum going.

“Destiny is unknown,” she said. “The moral is that if you follow your passion or even just start exploring them, you will be surprised by what you find.”

For a long time, Sarah Szanton ’84’s compass didn’t point in any particular direction. In fact, it wasn't until she turned 40 that she lit upon her fits-like-a-glove profession: nurse practitioner. And one who makes house calls at that.

After seeing how such things in patients’ homes as loose floorboards and rickety stairs led to falls and expensive hospitalizations, she came up with the idea to pair nurse practitioners with handymen in an NIH-funded pilot program she called CAPABLE: Community Aging in Place—Advanced Better Living for Elders. The program made such a difference in patient well-being and medical costs that it is now being replicated in five states.

Right now, “I hope you don’t know what you want to do,” Sarah said. Young people should just concentrate on “getting really good skills in critical thinking and the ability to write well and reflect.”

The School thanks all of the Let Your Life Speak participants who generously took time to share their stories with Upper Schoolers: