Happy Year of the Rooster 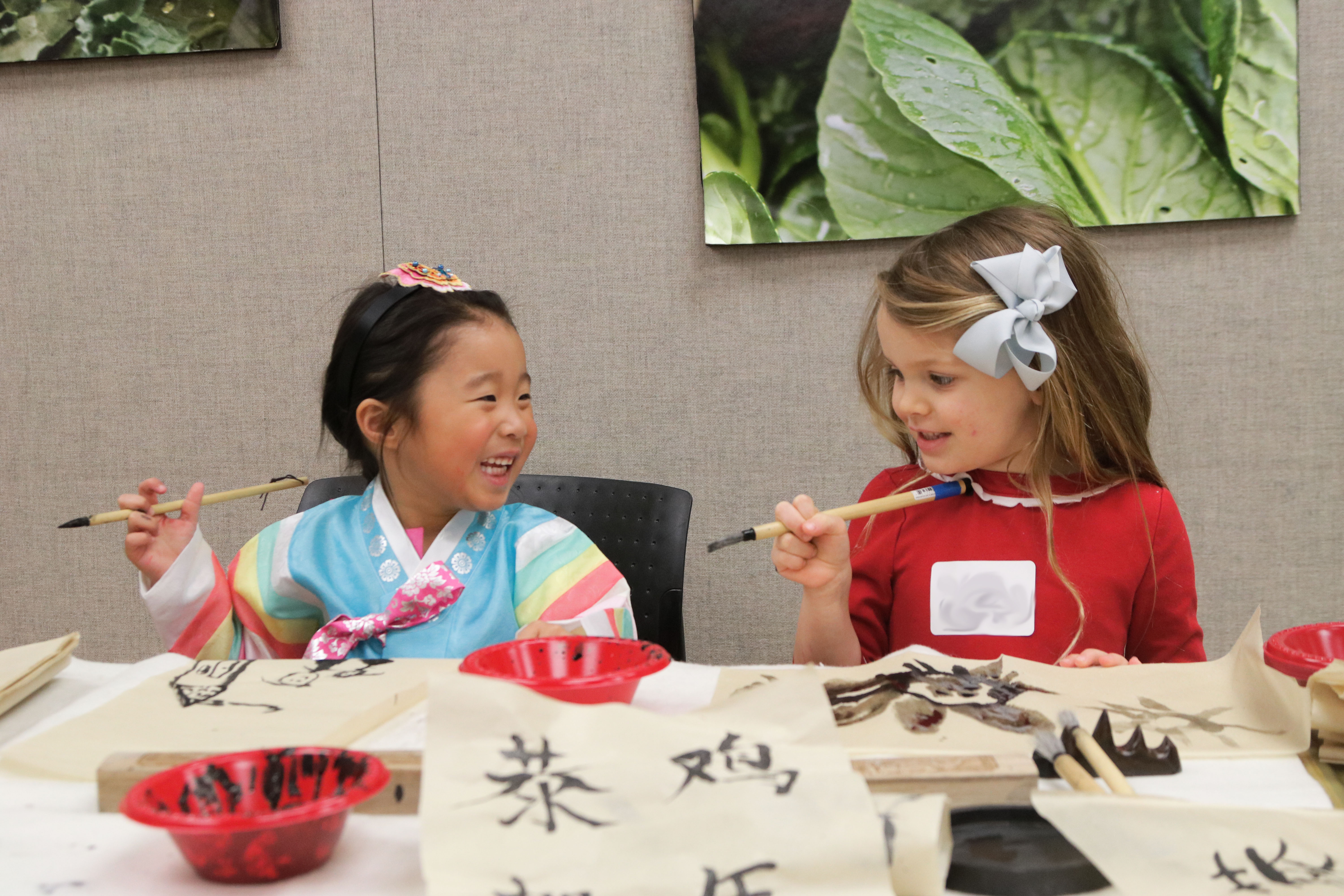 This past weekend, the Parents of Asian Students (PAS), the Chinese Studies Program, and the Asian Students Association welcomed the Sidwell Friends community to a celebration of the Lunar New Year, which officially took place on January 28. Nearly 200 people reflecting diverse heritages were greeted by festive paper lanterns as they entered the Upper School dining room. Awaiting them were treats and a variety of traditional activities enjoyed by several of the Asian countries that observe the holiday. (Although the occasion is often referred to as the Chinese New Year, it is also part of Japanese, Korean, Indian, Vietnamese, Thai, and other cultures.)

Several arts and crafts stations drew children and adults alike. The most popular stations offered the chance to practice origami and calligraphy. About halfway through the program, several types of dumplings, each from a different country and made of different ingredients, were put out for the entire group. Near the end, musicians played as a Chinese lion dance unfolded. Guests fed lettuce to the costumed creature so that it could spit the greens out again, a gesture that wishes wealth to all attendees. As people left, they were given Chinese red envelopes and Korean “lucky pouches.”

Special thanks go to all the volunteers, and to Chinese teachers Jing Huang and Ting Xue for making the popular dumplings! Check out more pictures from the day's festivities here.