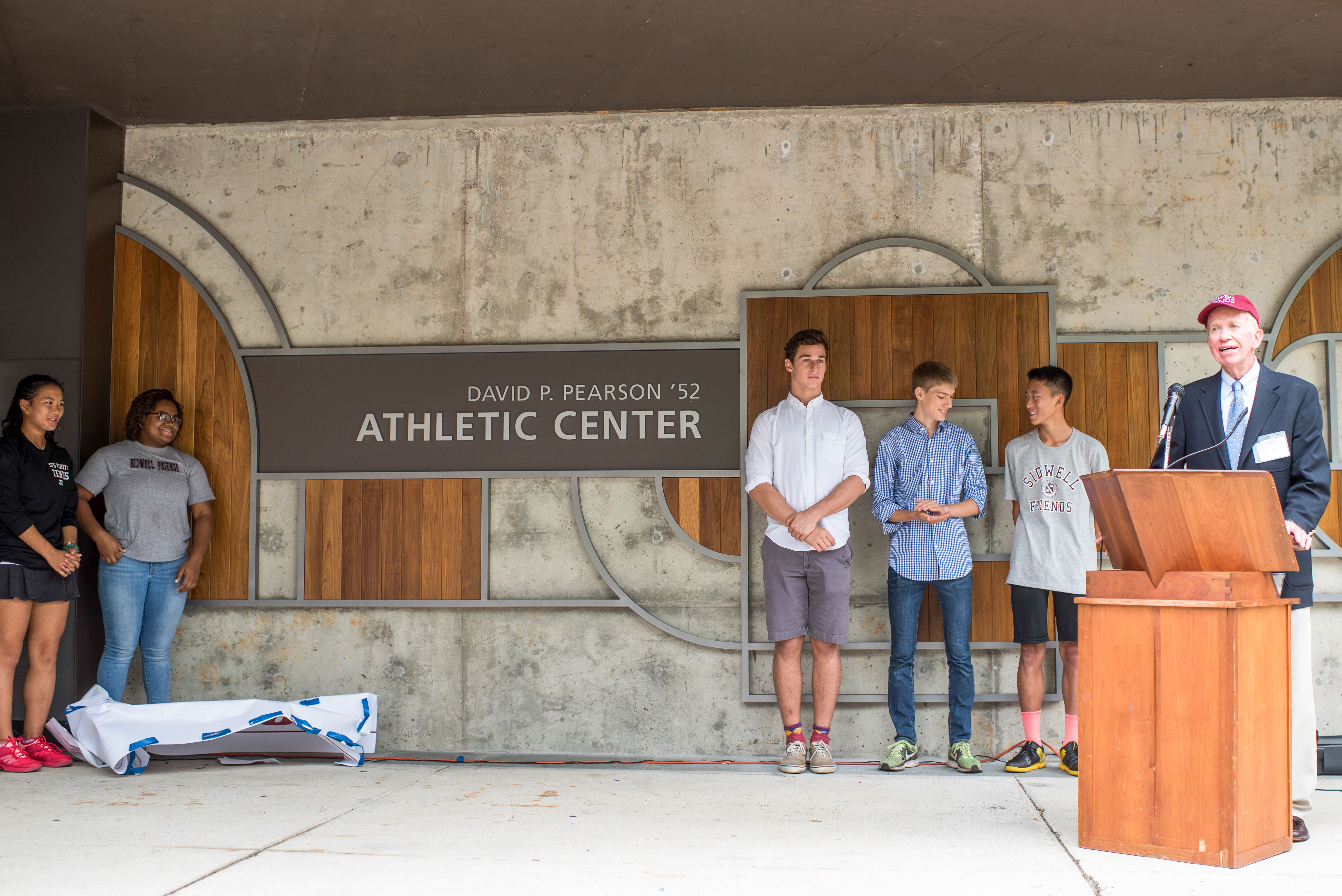 The Sidwell Friends community gathered to celebrate their athletes, alumni, and a new name for the Athletic Center.

Sidwell Friends celebrated Homecoming 2017 by highlighting athletics, as the jazz band provided the soundtrack and student clubs offered food to the revelers. A full day of varsity games culminated in the naming of the Athletic Center in honor of alumnus and longtime donor David “Sandy” Pearson ’52 and the football team charging to victory, 31-6, over Silver Oak Academy. As alumni, parents, and other students cheered them on throughout the day, the field hockey, soccer, volleyball, and tennis teams also notched victories for the School.

Under a cloudy sky that persisted until almost halftime of the football game, the 4th and 8th graders sold their customary concessions: water and popcorn from the Lower Schoolers and homemade baked goods from the Middle Schoolers. The Black Student Union had a row of grills going, offering up hot dogs, sausages, and hamburgers.

After the morning and early afternoon games finished, Head of School Bryan Garman and Athletic Director Keith Levinthal led the naming of the David P. Pearson ’52 Athletic Center in honor of Sandy, who has made a donation to the School every year since he graduated.

Bryan likened Sandy to Lou Gehrig, who once held the record for most consecutive Major League Baseball games played. Gehrig’s famous graciousness coupled with a steady, dependable presence formed the backbone of a Yankees team made of showier legends, including Babe Ruth. But if Yankee Stadium was the “house that Ruth built,” said Bryan, the Athletic Center is the “house that Sandy built.”

“You probably thought my name was up here because of my athletic achievements,” Sandy said to the gathered crowd. That’s not entirely the case, he admitted with a smile, but he is honored to play a part in the evolving campus footprint.

“Thank you so much,” he said, concluding his remarks. “Now let’s go watch some football!”

Watch a thank you video to Sandy here.