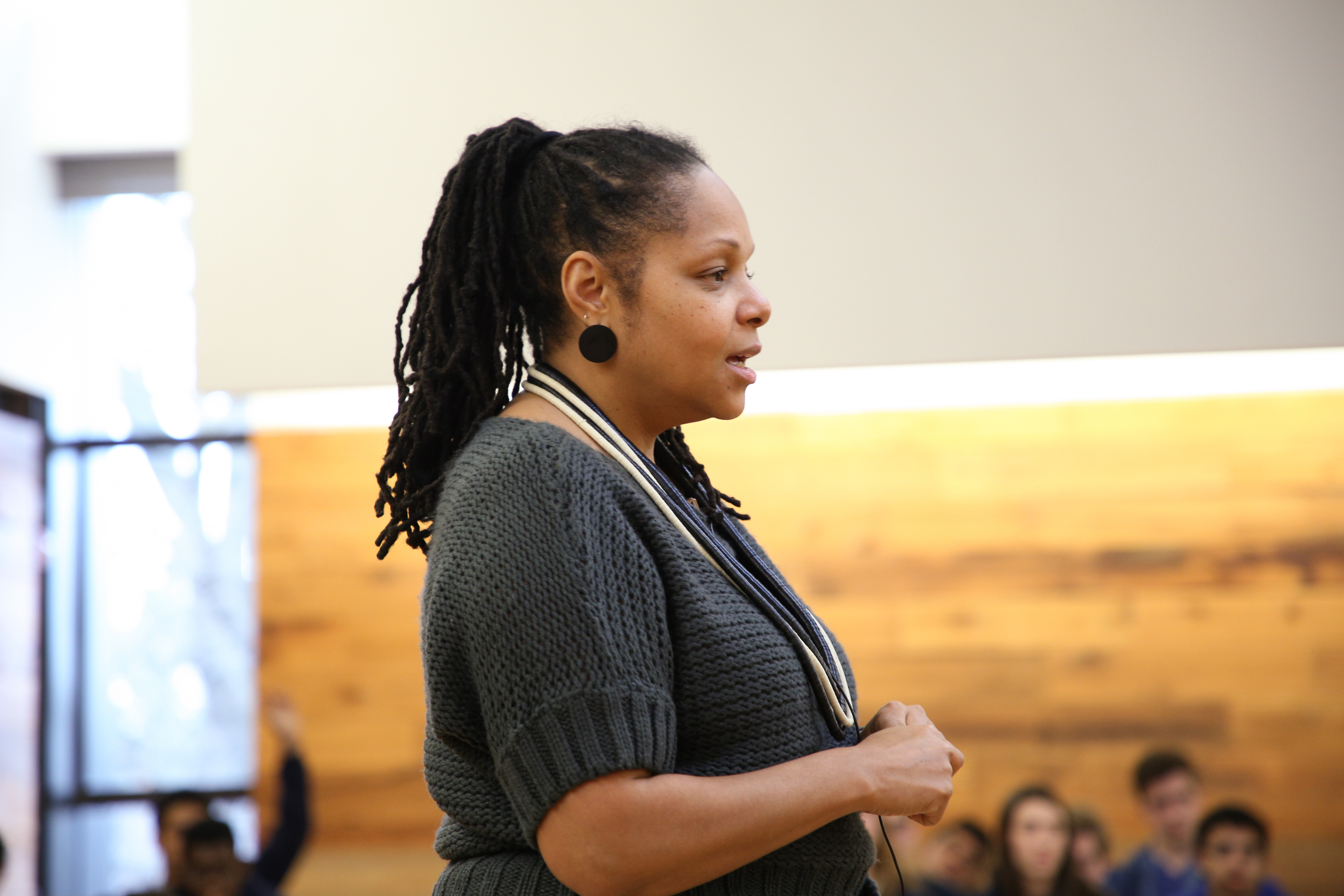 Mariama Richards, assistant head of school for academic program at Friends’ Central School, delivered a keynote to kick off the day, defining the big 8 and asking students to explain the identities in their own words.

After the keynote, students could choose from 20 sessions, each tied in some way to one or more of the eight identities and led by students, teachers, and other adults working in the area. Several presenters came from Operation Understanding, a program that Eve and Nathan are involved with that develops African American and Jewish leaders. Mariama led another session that looked at case studies of school situations where identity came into play. Among many others presenters, Taotao Li ’18 and Nathan discussed their experiences as first-generation Americans, and US counselor Kasaan Holmes led a session on macroaggressions. Six sessions were inspired by Gail’s Feminist History senior elective.

The event, which was inspired by a similar program that Hayes helped Mariama organize when they were both at Georgetown Day School, was inspired in part by the experiences six Upper Schoolers had at the recent Student Diversity Leadership Conference and brought back to share with other students. “When students go to the SDLC, that’s a starting point for them. This is a good starting point on campus, creating awareness for others who didn’t go,” Hayes said.

At the end of the day, students gathered in a Meeting for Reflection and were asked three questions: Is there something you learned that you’d like to share? Was there a way you felt affirmed during the day? and Were you surprised by anything?

Hayes hopes that students took away a beginning or deeper sense of identity and how it influences their experiences and that students know this isn’t a one-off event. The takeaways will inspire the ongoing work on campus. “If we understand how other people’s identities affect the way they experience the world, ideally we will all approach each other in a way that recognizes our humanity,” he said.