Leading the Way in Water Conservation 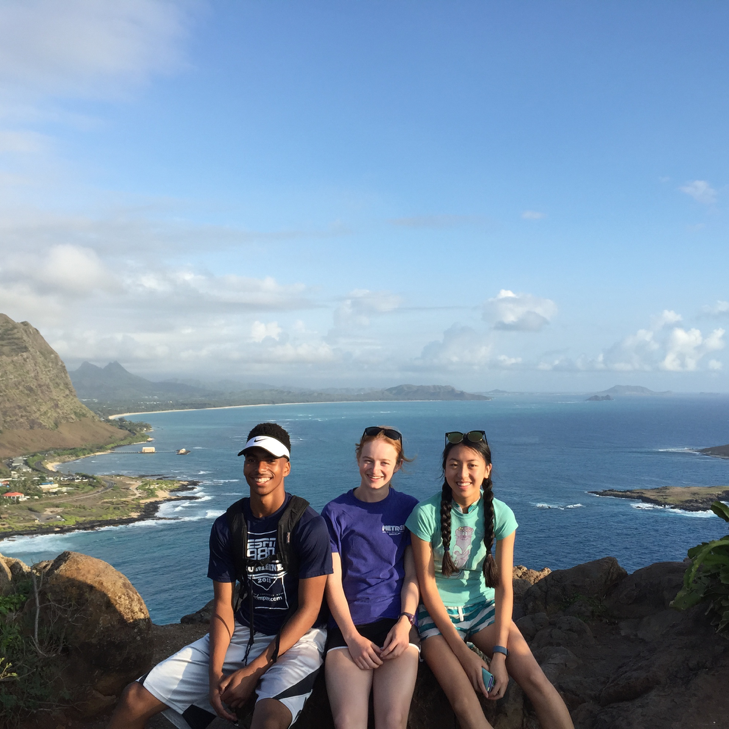 Finding ways to conserve the earth’s resources is not easy, but that’s just what three Sidwell Friends students have been working to accomplish.

Carrera Chao ’18, Ellie Leape ’17, and Jassiem West ’18 began their journey by attending the 2016 Student Global Leadership Institute at Punahou School in Honolulu, Hawaii—a program that helps support and inspire future leaders. The theme of the program was conservation, and that idea led Carrera, Ellie, and Jassiem to develop and launch an innovative project to help make local schools more environmentally friendly.

“Our vision … was to install rain barrels in local DC elementary schools,” the group said in their write-up. “Rain barrels collect rain at the ends of gutters that can be used to water plants without using hose water. Not only do rain barrels conserve and recycle water, they also reduce runoff that can cause erosion and the nitrification of rivers.” Another goal of the project was to interact with kids and get them to help install the barrel.

Carrera, Ellie, and Jassiem decided to test the rain barrel idea on the Lower School campus. “We looked to our own … Lower School and used [it] as a model to see if the project could take off,” they said. “After visiting the School twice (the first time to set up the barrel, and the second time to lecture), the kids seemed to really understand … the barrel. [They] asked a lot of questions—they even filmed a short clip explaining how the parts of the barrel worked!”

Making the barrel installation happen, however, was a tall order and required all the leadership skills the Institute had cultivated in the group. “Communication was a keystone leadership skill for us … because we realized the process was extremely slow,” they explained. “We had to stay proactive and set deadlines for ourselves. Another leadership skill we used [was] making achievable deadlines and being realistic toward our goals, even if [they weren’t] what we originally envisioned. As a group of three, with a senior and two juniors, our schedules were hard to coordinate, making this skill even more important.”

Even though Ellie has graduated, Carrera and Jassiem hope to continue the project during the 2017/18 school year and to help the Lower School students keep their water barrel functional and in good condition.