Marisa Nightingale ’86: Getting through to Teens 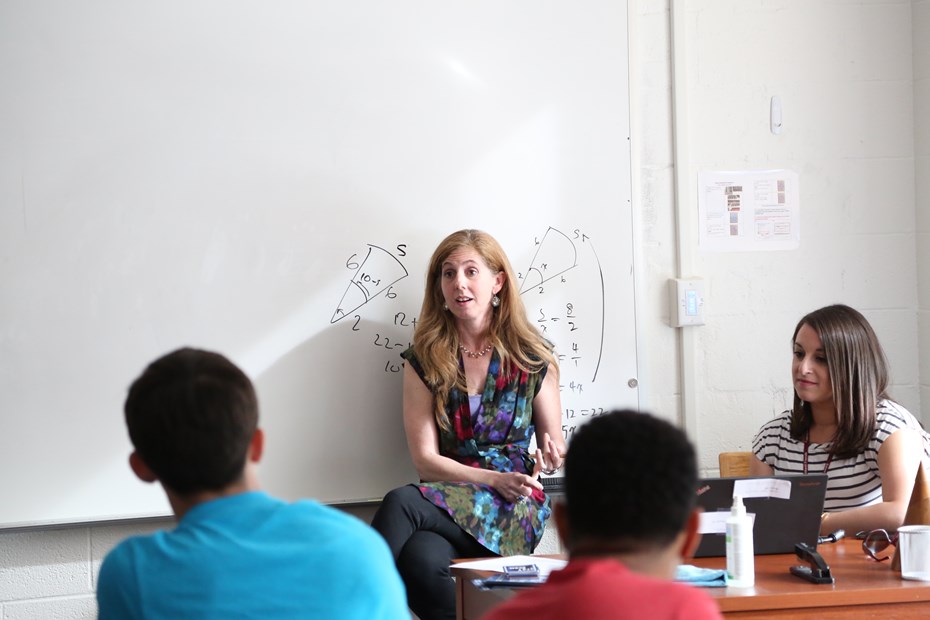 The Senior Media Advisor to The National Campaign (NC) to Prevent Teen and Unplanned Pregnancy has been seeding prevention messages into popular shows for two decades—and it’s working!

This alumni profile originally appeared as part of 10 Minutes with Two Alums in Vol.87/No.3 of the Alumni Magazine.

The Senior Media Advisor to The National Campaign (NC) to Prevent Teen and Unplanned Pregnancy has been seeding prevention messages into popular shows for two decades—and it’s working!

We’re used to hearing about the harmful effects of the media. How does the NC’s Entertainment Media Program bring about positive influences?

We know that media influences and reflects what’s considered normal; it can also spark conversation, model consequences, and help young people decide what they’d do in the moment before they’re in it. By integrating messages into TV shows and other outlets, we are piggybacking on the trust and relationship that each brand has already established with its audience. If a young person sees their favorite TV character handle a situation, it can help them make a different decision; if a parent is inspired to talk with their teen because of something they read in a magazine, now that has the power to change lives. Twenty years ago, we had a lot of promise. Today, we have a lot of proof. Hollywood has helped cut the US teen pregnancy rate in half over the last two decades.

We usually begin with executives at networks or studios, and figure out together which shows would be the right fit for us, which ones are under too much pressure. I do my homework—I know what our audiences watch. I try to inhabit the world of the TV shows and magazine partners I work with. I get to know the characters, the tone, and how they may have already handled the topics we work on. With magazines and websites, we respect their deadlines, their need for some exclusivity, and the kinds of story ideas that serve their readership.

Jane the Virgin is a great example of a partner that is wildly entertaining and tackles our issues head-on. In season one, Jane was in community college, so I dug into whatever I could find about how unplanned pregnancy affects the lives and completion rates of these students. I bring them the information and possibly a different or counterintuitive take on it—as well as vetted statistics that they can trust—and they work it into their stories however it fits. It’s their content, not mine. If someone came into my office and told me how to do my job, I’d be put off. It’s a true collaboration and has to serve their story.

There are also times when they reach out to us. An executive at Fox called me to say that they had a really quirky new show set in a high school . . . a musical. About a bunch of misfits in a glee club. Featuring a pregnant cheerleader. I gave them as much of a reality check as they wanted—what it would really feel like for a pregnant teen to walk through the halls, for instance. We worked together throughout the life of the show, Glee.

How has the landscape changed since you started the program two decades ago?

The teen pregnancy rate is down by half, but nearly 1 in 4 girls will get pregnant at least once by age 20, and there’s a new crop of teens every year. The media landscape is entirely different. Digital and social media give teens the power to be content creators, not just consumers.

One thing that hasn’t changed is how much teens need and want their parents to talk with them (and to make the first move)—not to be biology textbooks, but [to talk about] how to know when you’re in love or what to do in a risky situation. Many parents worry that raising this topic will somehow plant ideas in their kids’ heads. Not so. Teens are exposed to a lot more sexual media content now than they were two decades ago, but that doesn’t mean they are developmentally better able to handle it. Parents are more powerful than anyone, including partners, peers, or media. If they aren’t having these conversations with their teens, everyone else is.

How can parents use media to start those conversations?

Take an interest in what your teens are watching: Why do they like it? If it’s not a reflection of your values, talk about that. You don’t have to watch at the same time; you can binge on a show, then ask how they might handle similar situations in real life—a great way to start a conversation without actually suffering through an embarrassing scene together.

Which shows that you’ve worked on have the biggest influence with your target audience?

MTV’s unscripted series 16 and Pregnant and Teen Mom are probably the greatest conversation-starters ever invented. An independent study proved the shows have accelerated the decline in the teen birth rate by one-third over an 18-month period. We’ve worked with both since their inception. Another study found that Hulu’s East Los High, a soapy drama with education in its DNA, has helped improve contraceptive knowledge; it covers everything imaginable about relationships and health issues young people deal with every day. Parenthood was also a favorite. It works because audiences care so much about these characters (fictional or real) and their decisions and consequences.

How do you know which messages will resonate with young people?

We get insights through informal discussions, polling, and focus groups, and share them with media partners. For instance, we asked teens to share “sex ed horror stories” with us—and sent their tales of humiliation to Modern Family and others. Our teen advisors blogged for Family Circle about what they really wish parents knew.

Tell us about a time you watched a show that reflected your suggestions.

One of the first was Dawson’s Creek, our partner from the pilot to the finale. We worked on a story line about a handsome, cool guy (Pacey) deciding not to sleep with his new girlfriend (Andie), not because he doesn’t love her, but in fact because he does. The results: Even though adults thought the show was edgy and explicit, teen viewers felt it made them more cautious about sex.

Recently, ABC re-aired sex talk episodes of ABC’s Fresh off the Boat and Black-ish; their social media team tweeted our parent tips and information. I love seeing how our partners put their creative spin on our messages.

What are the hardest parts of this job? The coolest perks?

The never-ending controversy over contraception can get exhausting. Facts don’t always drive the debate. I find that when I get out of DC, content creators are focused more on the human side of the story, not the political side.

I’ve had the chance to get to know some of the smartest, most passionate, creative people in the media industry. They are a new generation of media executives who are invested in tackling this issue, not as a one-off, but as a fundamental part of their work. That approach is drawn directly from what Sidwell Friends teaches: Social change is not something you work on with leftover time or energy. It’s a seamless part of everything you do.

The biggest perk is when I meet with young women; it’s clear that what media says about these issues really matters to them. Being able to share their voices is a huge plus. Also, my kids get really fun swag.