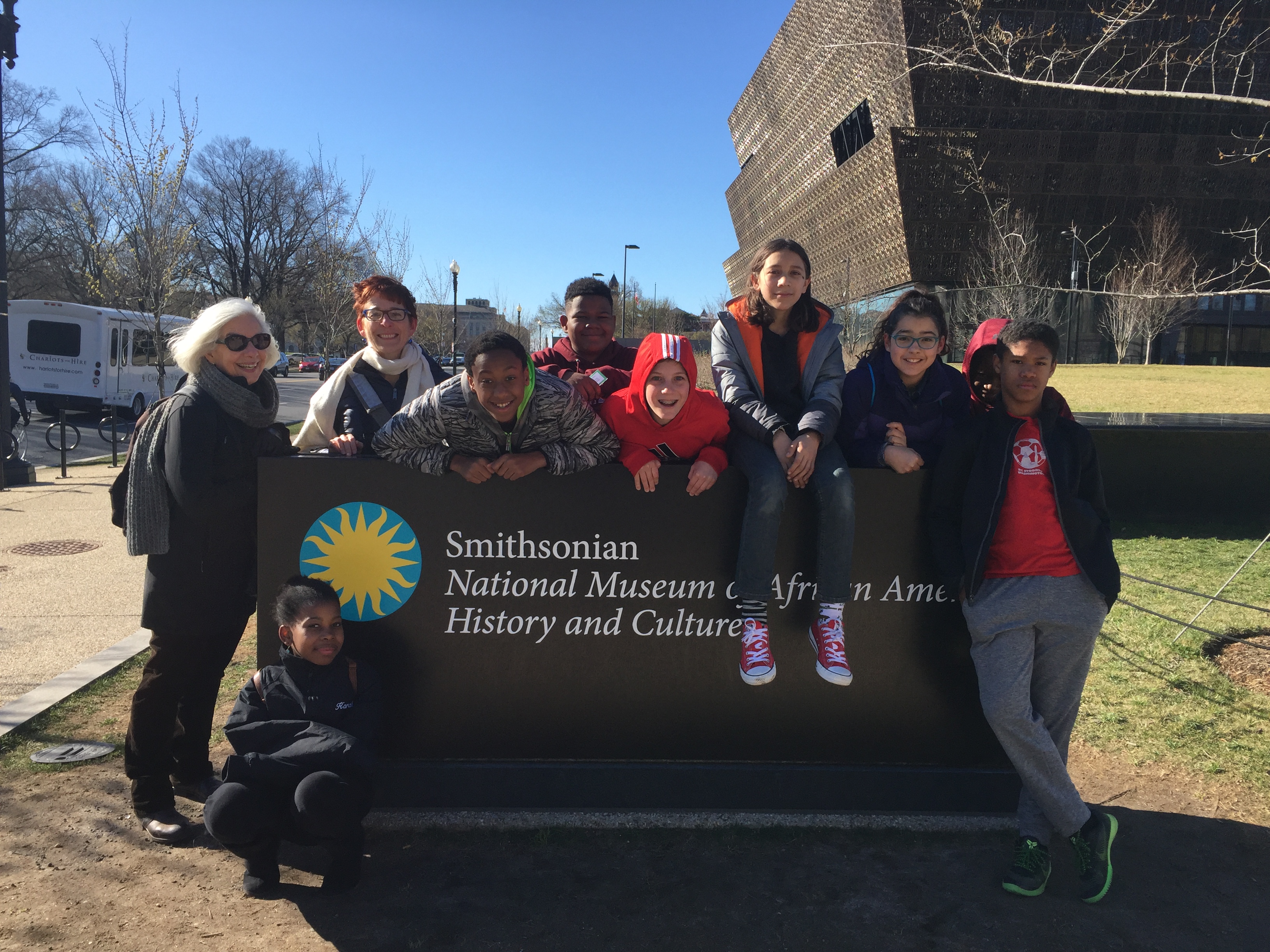 For Middle Schoolers, it doesn’t get any better than spring break … except when it does. Regular classrooms are empty this week as students in grades 5 through 8 immerse themselves in the annual Minimester experience, a pre-spring break deep dive into one of more than 20 areas of exploration led by faculty members who are passionate about the topics as well.

Now in its 45th year, the Sidwell Friends Minimester program is divided into four types of experiences:

Families of 7th and 8th graders on the “War, Peace, and the Arts: Explorez l’esprit en France!” trip have been getting all sorts of exciting updates from Katherine Tek, the 7th and 8th grade French teacher who is co-leading the Minimester with faculty members Steve Mann and Yuan Zheng. Katherine writes:

The second day in Paris was wonderful for everyone. [We] started with a late morning so everyone could rest after a long first day, and then it was off to the Louvre. We saw some of the major works of art there, such as the Winged Victory of Samothrace, the Venus de Milo, and the Mona Lisa. We also discussed and viewed some European paintings from the mid- to late-19th century, such as Eugene Delacroix’s famous Liberty Leading the People. The students were really interested in viewing the paintings and Greek sculptures, and of course in looking around at the splendors of the Louvre Palace.

Next, it was a short Metro ride to the Marais neighborhood to visit Le Pletzl, or the Jewish Quarter. Since we are studying World War II and the events of D-Day, it was important for the students to also have context for the events that transpired in Paris between 1940 and 1944, so we did a short lesson on the German Occupation of Paris, the internment of Jews in the Marais neighborhood, and the exportation of Jews to the concentration camps. On the flip side, we also discussed the present diversity of the Marais, which is now home to Lebanese, Chinese, and North African communities.

We were fortunate enough during our lesson in the Marais to have an impromptu meetup with Rabbi Hillel Pierarski, who gave us a tour of the oldest synagogue in Paris, on Rue des Rosiers. Built in the 1780s, it is still in use. Everyone was moved by Rabbi Hillel’s story of how Jews returned first to the synagogue after being liberated from the WWII camps to give thanks for being alive. It was a reminder of our Quaker teaching that there is that of God in each and every one of us. Next, Rabbi Hillel explained the prayers, or tefillah, of Orthodox Jews, and two of our students of Jewish faith put on the phylactery and said a prayer with him. It was a great demonstration of the diversity in faiths among the students and among Parisians.

Back at Sidwell Friends, the “Exploring African American History and Culture” Minimester group, led by Anne Charny and Margaret Pennock, has been delving into music, film, and writing. They’ve spent several days exploring the new National Museum of African American History and Culture, which boasts a plethora of remarkable artifacts, from Thomas Dorsey’s piano to a dress owned by Carlotta Walls LaNier to Carl Lewis’s gold medals. They examined John Lewis’s new memoir, March,and had a lively discussion with music aficionado and Head of School Bryan Garman about the history of African American music.

Together with Bryan, the group listened to a variety of music, moving from call-and-response songs to Nina Simone to Prince, including a piece that many students know and love: Chance the Rapper’s “Blessing.” They traced the many artists and styles that help create the song—besides rap, they noticed influences of Stevie Wonder, Motown, and hip-hop. Trevor B. ’23 particularly liked the gospel-style background that develops as the song goes on. “It makes me feel happy, really uplifted,” he said. “The words are like poetry.”

The Paris and African American History and Culture Minimester groups look forward to the remaining days of their experience. We can’t wait to hear what they have learned.