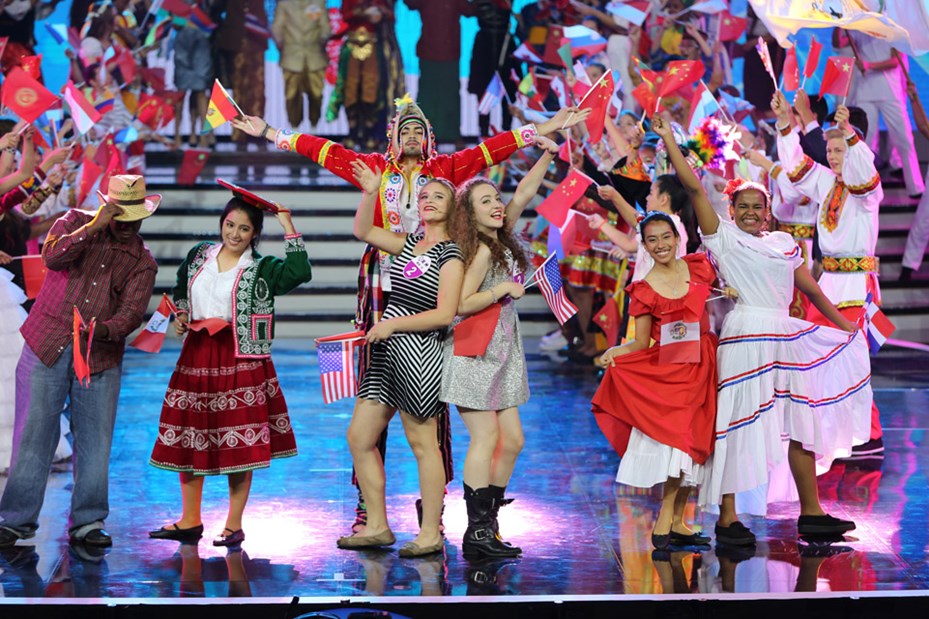 The 8th Chinese Bridge Competition took place over two weeks in October in Yunnan, China. Known as the “Chinese Language Olympics,” the competition drew 157 contestants from 81 countries. The contestants had to win the regional contest in their own country to qualify to compete in China.

After a two-day culture tour of the Great Wall, the Forbidden City, and Confucius Institute Headquarter in Beijing, the participants flew to Yunnan Normal University for the highly competitive event. After five intensive knockout rounds that included Chinese language and culture knowledge written test, speech contest, Chinese talent show, Chinese team game and culture presentation, one winning team was chosen from each of the five continents to compete in the World Finale.

On October 31, many students were preparing for Halloween festivities, but Alana Barry ’17 and her teammate (Cadence Quaranta from St. Andrews School in Baltimore) were poised on the world’s stage for the World Finale of the Chinese Bridge Proficiency Competition. They were representing the United States, competing for the World Championship Title with Team Thailand from Asia, Team Malawi from Africa, Team Russia from Europe, and Team New Zealand from Oceana.

Alana’s team was awarded first place in America and third place in the world.

Click here for Alana’s performance on her speech and talent show in the second round and third round.