Stories on the Spot 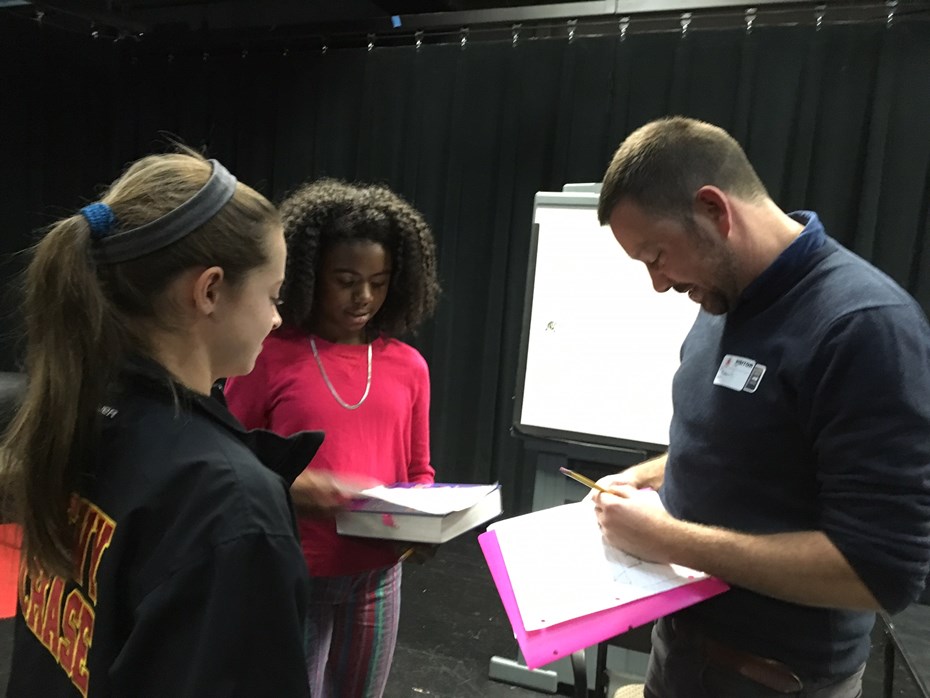 Finegan “Fin” Kruckemeyer is the author of the original play Where Words Once Were, as well as more than 80 others that have been produced around the globe. The students he taught will see Words together in November, when it premieres at the Kennedy Center. In the meantime, they have his words and the creative exercises he led them through to reflect on.

“Everyone in the world has the permission to write,” Fin said during the session in the Drama Studio. “Have faith, and you’ll find that courage.” To get students’ creative juices flowing, he led them in a physical warm-up. Next, he showed how to create fiction and nonfiction stories on the spot. To start thinking creatively, students pointed at and called out the correct names of objects in the studio (a nod to a nonfiction approach). Then they pointed at the same objects but called them what they weren’t (a fiction-based exercise). A chair, for example, was now “Monday”; the ceiling was “the beach.”

Putting to use the pencil and paper they had been instructed to bring, the 6th graders created personal “memory maps” after a demonstration by Fin. They identified key moments on their maps: a time when the course of their life changed; an occasion where someone played an important role in their life; a point when someone believed in them; and finally, their happiest moment. Through it all, Fin encouraged the bourgeoning writers to find their own voice.

Where Words Once Were runs November 7–27 at the Kennedy Center. The play is set in a city where language is rationed and where “a sentence can get you sentenced.” More information is available on the Kennedy Center calender.