The Art of Environmental Activism 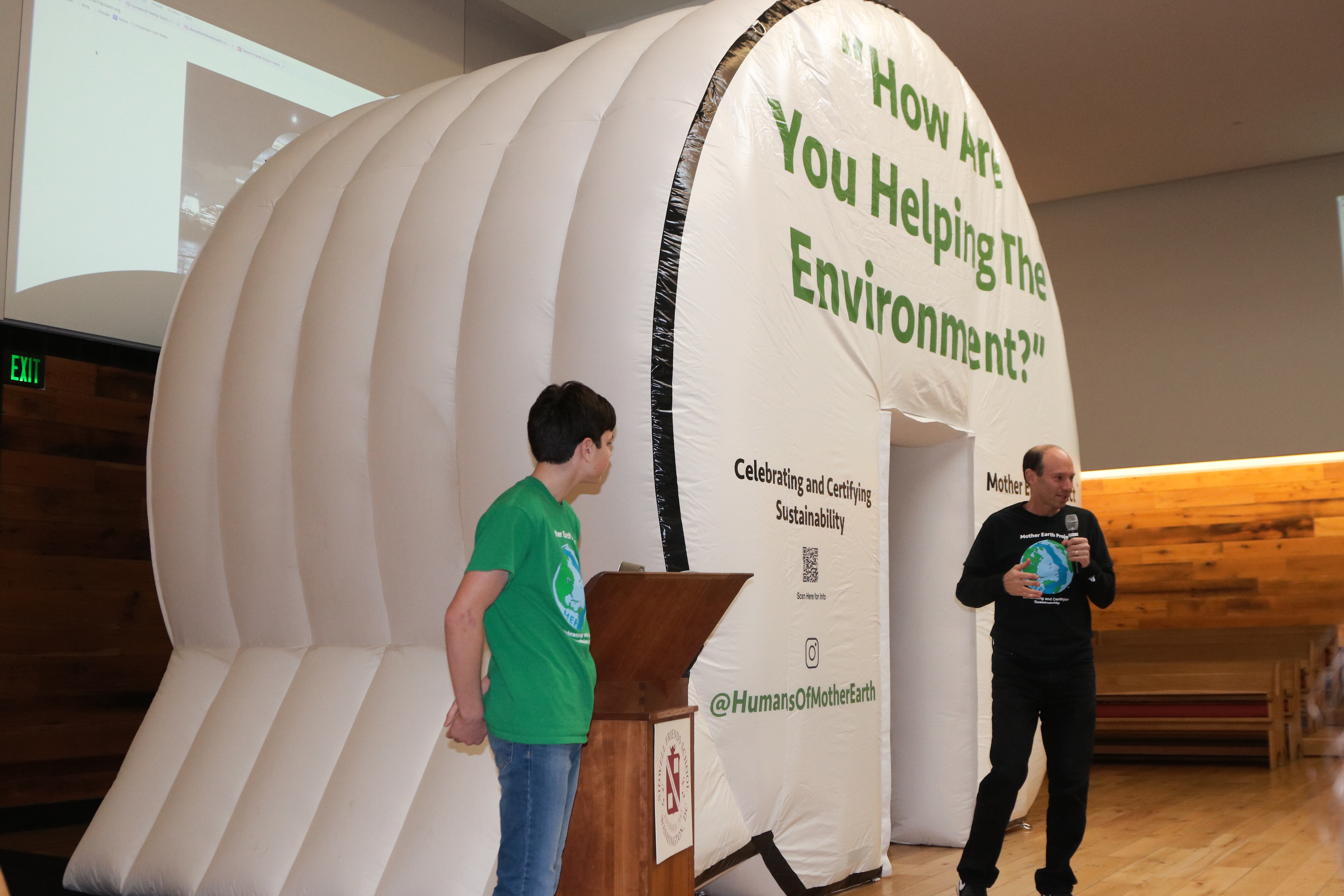 Barton Rubenstein ’81 sculpts the Mother Earth Project to help save the earth.

Like most artists, Barton Rubenstein ’81 has a vision—his just happens to encompass the whole world. The accomplished sculptor, who is also a scientist, spoke to Middle Schoolers at an assembly last week and gave them a big job.

“How many of you have a passport?” he asked, seeking a show of hands. Then he asked students to hold out their hands. “Now you have a global passport,” he said, pretending to toss documents to each member of the audience. “You’re a citizen of the world.”

This distinction, he explained, comes with responsibility—the duty to take care of the planet. He told the story of his own journey to environmental stewardship, which began when his wife, Shereen, suggested the family start composting. “Eventually, we got our town to start a composting program,” he said. Before long, the Rubensteins were talking to schools and coming up with creative projects through which students could express their own hopes for the environment.

From these early efforts came the Rubenstein family’s internationally focused Mother Earth Project, or MEP. The symbol of the initiative is Barton’s five-meter-high “Mother Earth” sculpture, which has just been installed by the waterfront in Georgetown. MEP aims to place identical sculptures in capital cities across the globe. The sites where the sculptures are placed, the Rubensteins hope, will become meeting places for environmental advocates worldwide.

Middle Schoolers watched as Barton, accompanied by his son Ari, erected an enormous inflatable booth, which turned into a photo and video studio. The structure is shaped like a speech bubble; bright green letters on the front pose the question, “How are you helping the environment?” Each country that receives a Mother Earth sculpture will also get a booth, which will be placed beside the artwork every June 5, World Environment Day. Visitors can enter the booth to record testimonials about their own environmental work; these stories will be posted to MEP’s Instagram account (@HumansofMotherEarth), which is projected inside the bubble for all to see. (Barton’s daughter, Sabrina, manages this Instagram component.)

After a short trivia round in which students vied for T-shirt prizes by answering “green” questions (“How many gallons of water does it take to make a single burger?”), they answered the question on Barton’s booth themselves: How do Sidwell Friends students help the environment?

As it turns out, the answers are too many to count. From students who compost to committed recyclers to families who bike more than they drive, Middle Schoolers are already taking on the job of being caretakers of the earth. The environment, it seems, is in good hands.

For more about MEP, visit motherearthproject.org.