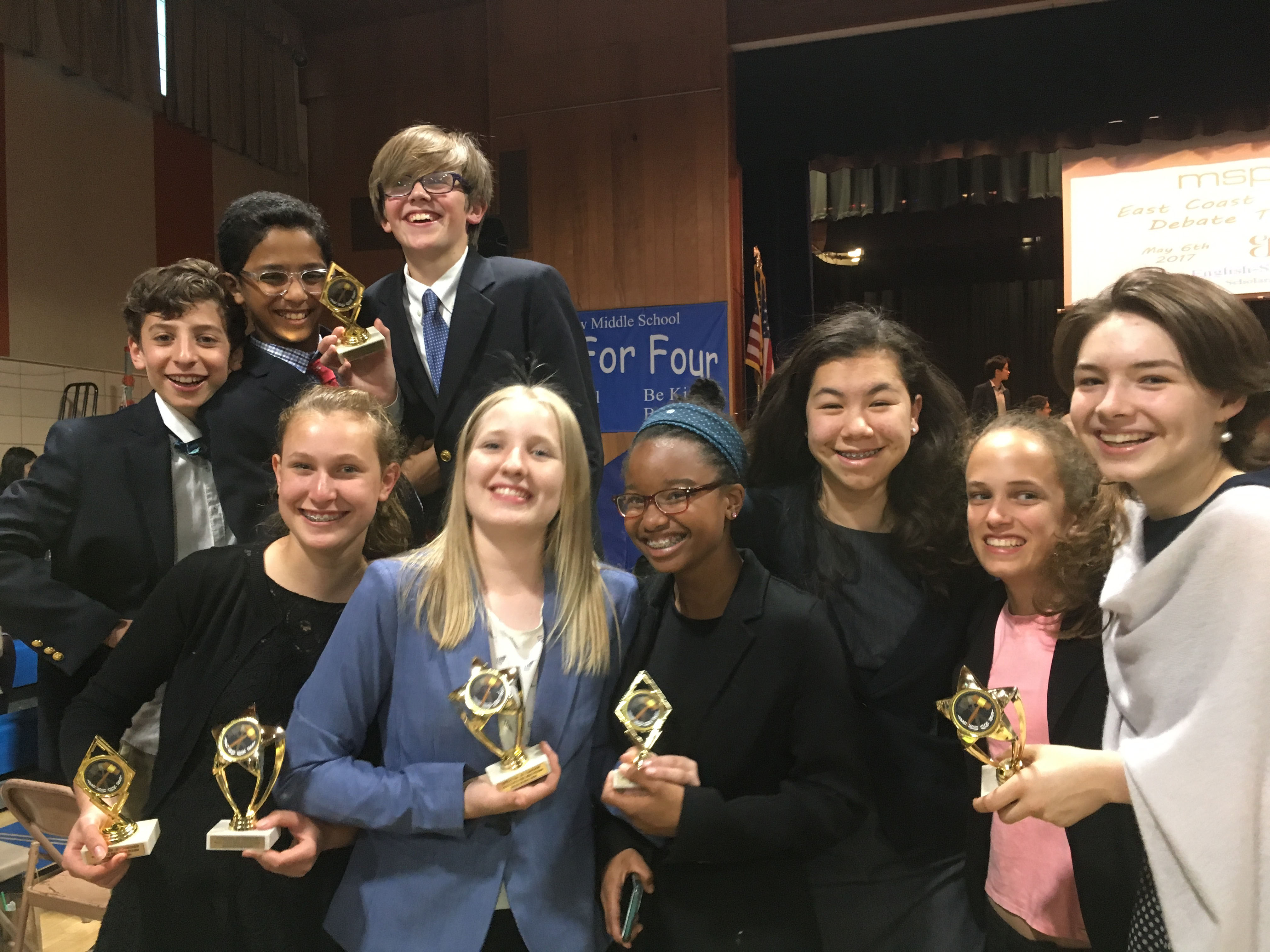 Middle School debaters made the case for excellence at the Regional Championships.

The Middle School debate team can’t be stopped! On Saturday, May 6, nine debaters traveled to the Regional Championship in Freehold, New Jersey, to compete with the best teams on the East Coast. The championship put a total of 264 debaters to the test. Students competed in 88 teams of three debaters each.