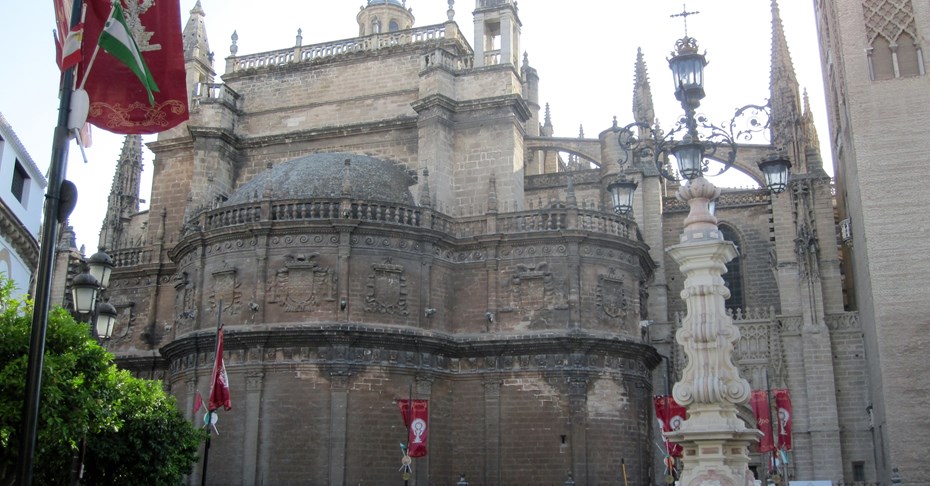 As a teacher of Ancient World History up to 1500, I found the Iberian Peninsula of Spain to be an invaluable place to explore through a Faculty Travel Grant this summer. The trip offered a rare opportunity to see a part of the world that was a true melting pot of cultural and religious populations (most likely due, some historians have noted, to indigenous populations having continually been conquered and re-conquered).

One of the most fascinating periods in the history of the Peninsula, and of the world for that matter, was the 400-year period from approximately the 10th century to the middle of the 14th century when the secular communities of Jews, Muslims, and Christians not only peacefully coexisted, but actually cooperated and thrived. During this period, the center of Iberian culture was in the city of Cordoba, so I spent most of the trip there, and in Granada and a few other cities that are in the part of Spain now called Andalusia.

Cordoba launched the great explorers, such as Christopher Columbus, but it was also the center of Muslim culture from the ninth through the 15th century. The Mesquite mosque that I visited is a magnificent structure that shows the richness of Muslim architecture with its geometrical shapes and ageless staying power. Amazingly, as the Catholic Church gained power, rather than destroying this edifice, the actually constructed their own church within the mosque 500 years after it was constructed. The marble and wood structure is beautifully preserved, and the photos and history of this building will serve as a wonderful teaching tool for my students as we study the great religions in Ancient World History.

In Granada was the world-famous fortress and palace Alhambra, an astonishing, 1,000-year-old complex of buildings. The attention to detail, the physical beauty, and the timeless aesthetic sense of serenity that surround the Alhambra were breathtaking. I was so inspired there that I was e-mailing my Middle School colleagues with ideas about how we should try to incorporate this magnificent structure (along with the Mesquite) into our study of Islam, an integral part of the 8th grade Ancient History curriculum. There is no doubt that this trip will improve my teaching, as I will be able to share and hopefully inspire my students to think more deeply about the related topics we cover in class.