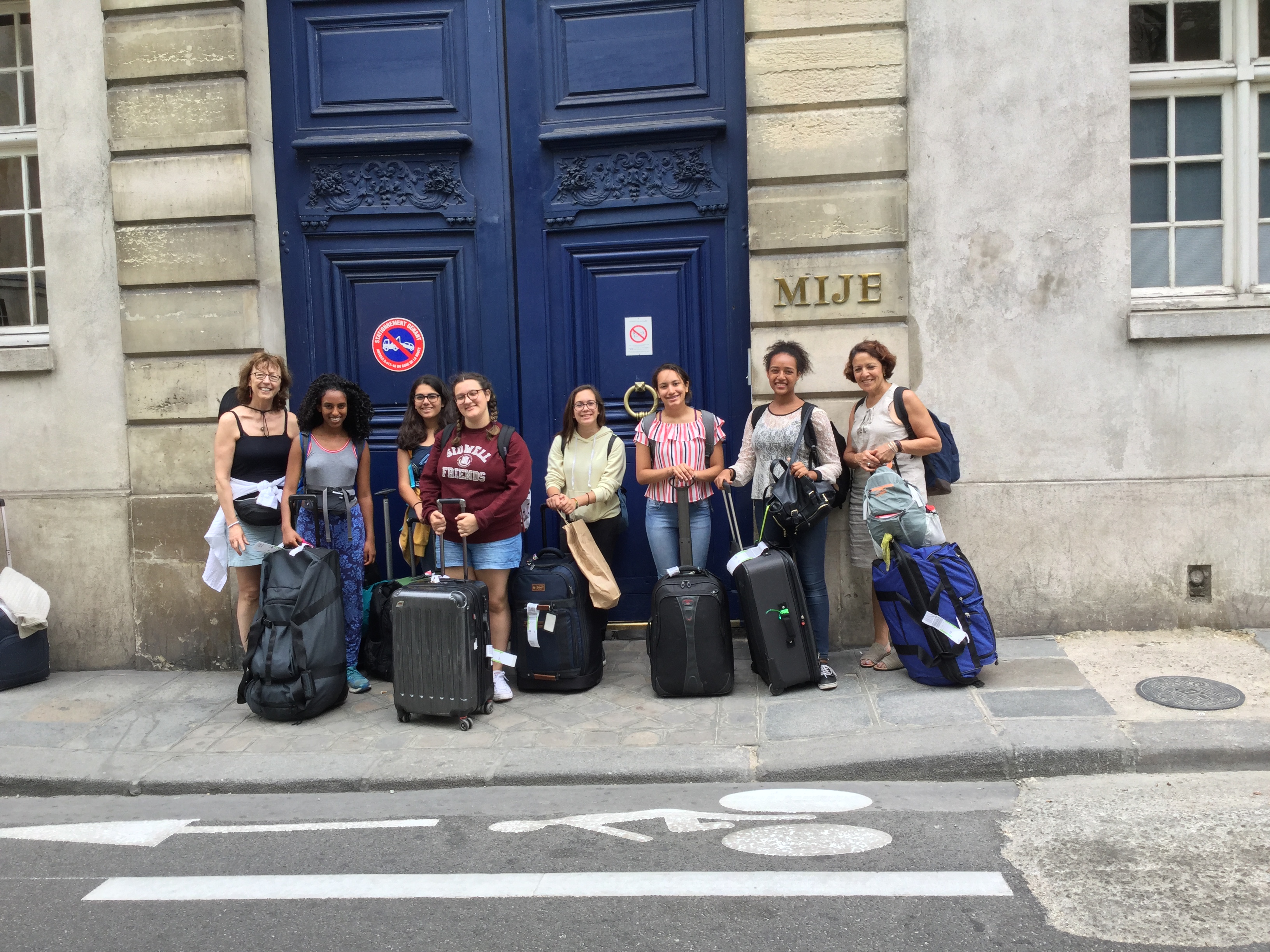 The world becomes their classroom when students participate in summer global travel programs.

What do Sidwell Friends Upper Schoolers do in the summer? The answer, of course, is far too many things to count. Students complete internships, help their communities through service learning, attend academic programs, work as camp counselors, and much more, coming back to school in September with a wealth of experiences to share. One option for Upper Schoolers looking for adventure and a change in perspective is to leave the DC humidity behind on a Sidwell Friends summer global travel program. From Japan to Costa Rica, the 2017 offerings spanned the globe and stretched students’ comfort zones. Here’s a look at some of the exciting places students went this year—and what they learned there.

“Before starting at CEPIA, we had the opportunity to explore Volcán Rincón de la Vieja (the dry forest) and end our vigorous nature hike with a dip in the natural baths of Guachepelín. We have completed our first week here and have found a good balance between getting to know Tamarindo and other regions through our service with the activísimo children from CEPIA. We have cleaned two beaches in Guanacaste and one park here in Tamarindo. …

Today, we started our morning nice and early at 5:30 and went bird watching under Patrick’s tutelage. Just as we were returning to the residence, we had our first close-up sighting of monkeys. We went to the Saturday market to meet local artisans and try out our bargaining skills. Tomorrow, we will head out early with our favorite guides, José and Esteban, to visit Río Celeste, a rainforest.”

Students spent two weeks of language immersion in the South of France, led by French teacher Claudine Macé. Between mixing up le and la, they traveled around the Languedoc-Roussillon-Midi-Pyrénées region and had many adventures, including hiking and cave exploring. Maia Paz ’18 and Jimena Faz Garza ’20 described an exciting kayaking experience:

“We ate breakfast at 7:10 and then headed out to our first activity. During the first half of the day, we kayaked down the Gardon River for about eight kilometers. We were constantly surrounded by the beautiful scenery of mountains, as we were in a valley. There were so many dragonflies [that] all of us were very surprised, since there aren’t that many in DC. Occasionally, there were small bursts of currents (we called them mini-rapids), which all of us enjoyed a lot.

We also had the amazing opportunity to view Le Pont du Gard from the river. It was an aqueduct built during the Roman Empire that still stands today. Since we were exposed to the sun a lot, [and] the water was so cool and refreshing, we just had to stop for a swim. We ate our lunch—ham or veggie subs—admiring the amazing view of Le Pont du Gard. During our break, some of us decided to ‘mini cliff dive,’ when we jumped from a rock about 18 feet tall (or 12 feet tall, depending on how comfortable we were). It was exhilarating and enjoyed by many.”

“Rainy day this morning, so we delayed the boat trip until tomorrow and toured Green Grotto Cave instead. [Our] guest lecturer this afternoon was a medical doctor who maintains the only decompression chamber on the island. He told us riveting stories about diving mishaps. We are now going out to dinner and going on a ghost tour of the Rose Hall Great House. Great group—they were really flexible about the change of plans, but [we are] hoping for sun soon!”

The students awarded a fellowship to study Japanese language and culture, led by Middle School drama teacher Tim Reagan, stayed with host families, toured a local high school, visited a Buddhist temple, hung paper cranes at the Hiroshima Peace Memorial, and much more. Kelly Anderson ’19 blogged about one of his experiences in Tokyo:

“I had a great time exploring Tokyo with my host family today. This morning, we took three different trains to get to the SkyTree, a massive radio tower with a top-level observatory that gives a panoramic view of everything surrounding the city for miles. Built in 2011, it is the second-tallest free-standing artificial structure in the world, and the world’s single tallest tower. It is not ranked on the list of world’s tallest buildings because it does not have continuously occupiable floors. We had to wait about an hour in line to take an elevator to the observatory on the 450th floor, but it was well worth the wait.

The observatory had full-length windows facing in all directions, and the view was stunning. From the top of the tower I could saw miles upon miles of Tokyo and its surrounding urban area, eventually ending at the mountains and Mount Fuji in one direction or the ocean in another. One of my biggest surprises about Tokyo so far has been its massive geographic footprint, and seeing it all from above really illustrated just how huge it is.”

Led by Director of Equity, Justice, and Community Philip McAdoo, the South Africa trip focused on social justice and global activism, so students spent most of their time learning and volunteering. One student described the group’s trip to a school:

“[It was] the second day of our service week at the Emfundweni Primary School in Port Elizabeth, South Africa. When we arrived at the school, we were greeted by the principal and an enthusiastic group of teachers and young scholars. We were given a brief introduction into the school by one of its founding members. My peers and I were paired with children from the school, and we were split up into four groups: A, B, C, and D. Groups A and B were tasked with working in the halls of the administrative office; groups C and D were tasked with working in a couple of classrooms.

I was put to work putting paint primer on the walls so they would be ready for tomorrow’s primary class. I was in Group C with Nalani [Lyde ’19] and Jason [Gibson ’19] and three students, Ananti, Chi Chi, and Awoke. We were a great team that worked nicely together. We were joined by another student named Future, who was very enthusiastic about helping, as were so many other children. My peers and I were asked plenty of questions by inquisitive children. Everyone worked so quickly and efficiently that we were all able to come together and paint one room. I don’t think anyone could have had a better day. Smiles were everywhere, not a frown in sight. It was a joy to see the looks on the kids’ faces when they saw their hallways and classrooms being painted.”

Students banded together for service learning in McDowell County, where they worked with a youth group from Upshur Helping Hands. The program was led by 4th grade teacher Adam McNeil and Lower School library assistant Caity Pittenger. Naomi Madaras, a program sponsor from William Penn House, wrote about the experience:

“SFS students assisted with weeklong construction projects in community members’ homes—from bathroom demotion to drywall installation to plumbing maintenance. Over the week, students had the opportunity to share meals and conversation with homeowners and learned more about the history and vibrant community in the southern part of West Virginia. In the evenings, SFS students danced the two-step to the local bluegrass band, played games with Upshur youth, and reflected on issues of poverty, community, and justice.”