Courage in the Colonias 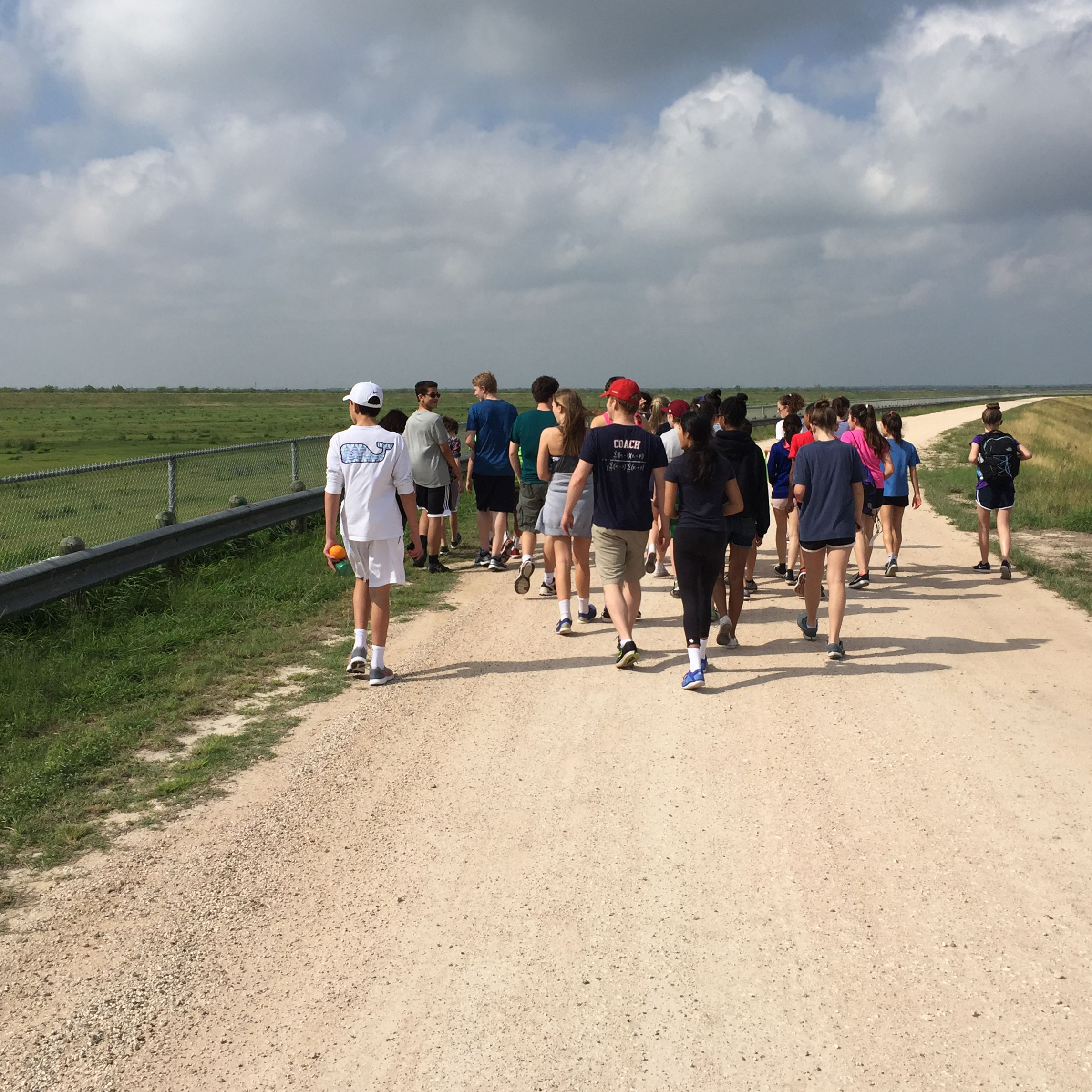 Minimester is always a time for students to expand their boundaries and learn new things about the world, but one group of Middle Schoolers brought Minimester’s mission to a new level during the 2016/17 school year. In March, as the Minimester season kicked off, 29 7th and 8th graders left the District for the border town of McAllen, Texas—a place that sees thousands of refugees cross the southern US border each year.

The refugees who arrive in McAllen are fleeing dangerous conditions, from gang activity to drug trafficking in places such as El Salvador, Honduras, and Guatemala to pursue a new, safer life in the United States. Unfortunately, simply arriving in the US doesn’t mark the end of their struggles. All new arrivals are taken to a detention center for processing, and those who don’t have sponsors often have to stay there. Those who do get through often lack basic resources and are given nothing but a bus ticket after being processed.

The Middle Schoolers’ trip was a chance to gain a deep and empathetic understanding of the personal, political, and social dynamics involved with refugees. Through preparations led by Burt Nadler—who, along with fellow teacher Andrew Callard, traveled to McAllen on a faculty venture grant last year—students learned that most Central American refugees gain asylum in the United States, because they are fleeing for their lives. Mexican immigrants, however, are not usually eligible for refugee status and can therefore face different challenges at the border. Together, the Minimester group agreed to remain sensitive to the feelings of everyone they came across throughout their trip.

“They’re very astute,” says Burt of his students. He adds that they all understood they would be meeting the migrants during an extremely difficult time.

After reading Enrique’s Journey—a Pulitzer Prize-winning novel about a Honduran teenager—the students were ready to go, alongside Burt, Andrew, and teachers Lesley Young and Nan Pickens. The first stop after their 15-hour trip was a meeting with Ann Cass, the director of Proyecto Azteca, a nonprofit that helps low-income families build their own houses and learn how to maintain them. Ann talked to students about the colonias—makeshift neighborhoods of immigrants in unincorporated areas near the border. Providing proper housing there, she told them, can make a huge difference in people’s lives.

Next, the group traveled to the shores of the Rio Grande, where they saw the border between the US and Mexico for the first time. Guards with machine guns patrolled the area, while a 30-foot-tall fence attempted to block would-be immigrants from crossing. Students also spoke to ICE agent Norma Lacey, who discussed the Trump administration’s impact on the law enforcement agency, as well as her own history. She explained that her parents had arrived illegally in the US, so she had taken on her role in hopes of making the system fair and humane.

Afterward, students shared their thoughts. Sofia F. ’21 said that she was struck by “just how much courage is required to go through the painful and challenging process of migrating north.” Wibb M. ’21 said he believes that “the only way to build communities is to build bridges, not walls.”

In addition to their other experiences, students visited Catholic Charities of the Rio Grande, went door-to-door in the colonias to distribute flyers about the Zika virus, and helped pick up trash. On their last day in McAllen, students threw a party for the children of the colonias. They blew bubbles and organized face-painting stations, soccer games, arts and crafts, and more.

“They, and we, found the experience extraordinary,” said Burt. “The personal interactions between our students and the children were very special.”