A Legacy of Educational Excellence

If you knew Guillermina Medrano de Supervía solely by her early adventures, you might believe her to be the legendary hero of an epic novel. In 1939, after fighting against General Francisco Franco and the forces of fascism, she fled her native Spain as a political refugee. In Paris, she raised funds for Republican fighters and worked to rescue her husband from a North African prison camp. She later escaped to the Dominican Republic, where she founded what became the leading school in Santo Domingo.

For generations of students who passed through her Sidwell Friends classroom between 1945 and 1978, she was more than a revolutionary and political refugee: She was “Señora,” the teacher who immersed them in Spanish language, introduced them to the customs and traditions of Hispanic cultures, and transformed their understanding of their communities and the broader world.

“We all loved her because we felt that she truly cared about each one of us— we were her students.” RICK JASPERSON ’57

Recognizing that remarkable teachers like Señora Supervía are the hallmark of remarkable schools, Alan Bernstein ’59—one of Señora’s former students and longtime friends—is leading an effort to create The Señora Guillermina Medrano de Supervía Endowed Chair for Spanish and Latin American Studies. This permanent endowed faculty position will recognize not only Señora Supervía’s extraordinary life, but the profound and indelible impact that skilled teachers can make on their students.

“Honoring Señora is honoring the best in secondary school teaching,” said Bernstein. “My brothers [Daniel ’55 and George ’64] and I simply wish to create a permanent honor for the very best in high school teaching in a way that benefits Sidwell Friends School students for years to come.”

In 2018, Bernstein launched this effort with a $300,000 pledge toward the endowed chair, along with a challenge for alumni and friends to join him by making gifts of their own. With Bernstein’s gift and an additional $300,000 from the Supervía Spanish Program Endowed Fund, the Sidwell Friends community needed to raise an additional $600,000 to establish the chair and elevate Spanish and Latin American Studies for future generations of students.

As of June 2019, members of the Sidwell Friends community have collectively pledged or donated $220,925, bringing the Fund to 68 percent of the $1.2 million goal. Many of these gifts have been accompanied by touching tributes from former students. Through their words, a portrait of Señora Supervía begins to emerge: a teacher, mentor, and friend with a groundbreaking approach who cared deeply about her students’ development.

Roger Ferguson ’69 found he could better grapple with the turbulence of the late 1960s after hearing Señora weave her own experiences into the histories and cultures they were studying. “We were all engaged—intellectually, socially—in some of the issues of the day,” he said. As teenagers, we were living in a world of great dislocation, and here we were with a much older role model who had had a life of dislocation.”

“Señora became my ‘guardian angel’ and intellectual tutor,” said Antonio Casas ’50. “She was concerned that the few Latin Americans at Friends should not lose their Hispanic roots, and began a special course in Spanish and Latin American culture for only four or five of us.”

Cathy Ritzenberg McCulloch ’68 noted that “walking into Señora’s classroom was like entering another country, and [we] were left with a strong flavor and impression of it.” In an era without the internet and social media, it was for many a first glimpse beyond the United States.

Señora taught more than conjugations and vocabulary; she encouraged her students to draw connections between diverse perspectives and explore new cultures with curiosity and respect. “I think it is most important to teach the human values of the language, and that is what I emphasize,” she once reflected. These alumni are her living legacy, and through their generosity, they are passing the best qualities of her instruction to future generations. By contributing to The Señora Guillermina Medrano de Supervia Endowed Chair for Spanish and Latin American Studies, donors are creating opportunities for Sidwell Friends to recruit and retain extraordinary instructors like Señora Supervía. Together, they are ensuring her excellence carries on.

Before he launched this effort with his challenge pledge, Bernstein knew how impactful collective generosity could be. He was one of many alumni and friends who united after Señora Supervía’s retirement in 1978 to establish an endowed Fund in her honor that would enhance Spanish-language instruction throughout the School.

In 2001, resources from the Supervía Spanish Program Endowed Fund were used to initiate Spanish- language classes in the Lower School and the 5th Grade. Today, Lower School students travel virtually to Central and South America, creating samples of indigenous art, learning local dances and songs, and delving into customs and geography. All classes are conducted entirely in Spanish, just as Señora Supervía once did.

Upper School Principal Mamadou Guèye attests to the seismic impact of this program. “Each year, we have to keep adding new sections of Spanish in the Upper School because we have students who have been taking it since 1st grade or younger. Many of the students who have been taking Spanish since the Lower School come with advanced skills; they are really fluent and comfortable with the language.”

Bernstein and members of the fundraising steering committee remember what it felt like to be those Upper School students, relishing the opportunities that arise when you truly understand a language. Señora’s introduction to Spanish language and culture took them around the world, helping them forge personal and professional relationships that transformed their lives. More than 50 years later, they still reunite to discuss her impact. Together they wonder: Who will be the next generation’s “nuestra Señora,” and what kind of transformative impact will this teacher have? For Bernstein and the other donors to The Señora Guillermina Medrano de Supervia Endowed Chair for Spanish and Latin American Studies, their pleasure lies not in the answer, but in the knowledge that they are creating an incomparable opportunity for other Sidwell Friends students.

Note: This story first appeared in the 2018- 2019 Sidwell Friends Report on Philanthropy.
A Legacy of Educational Excellence
December 10, 2019 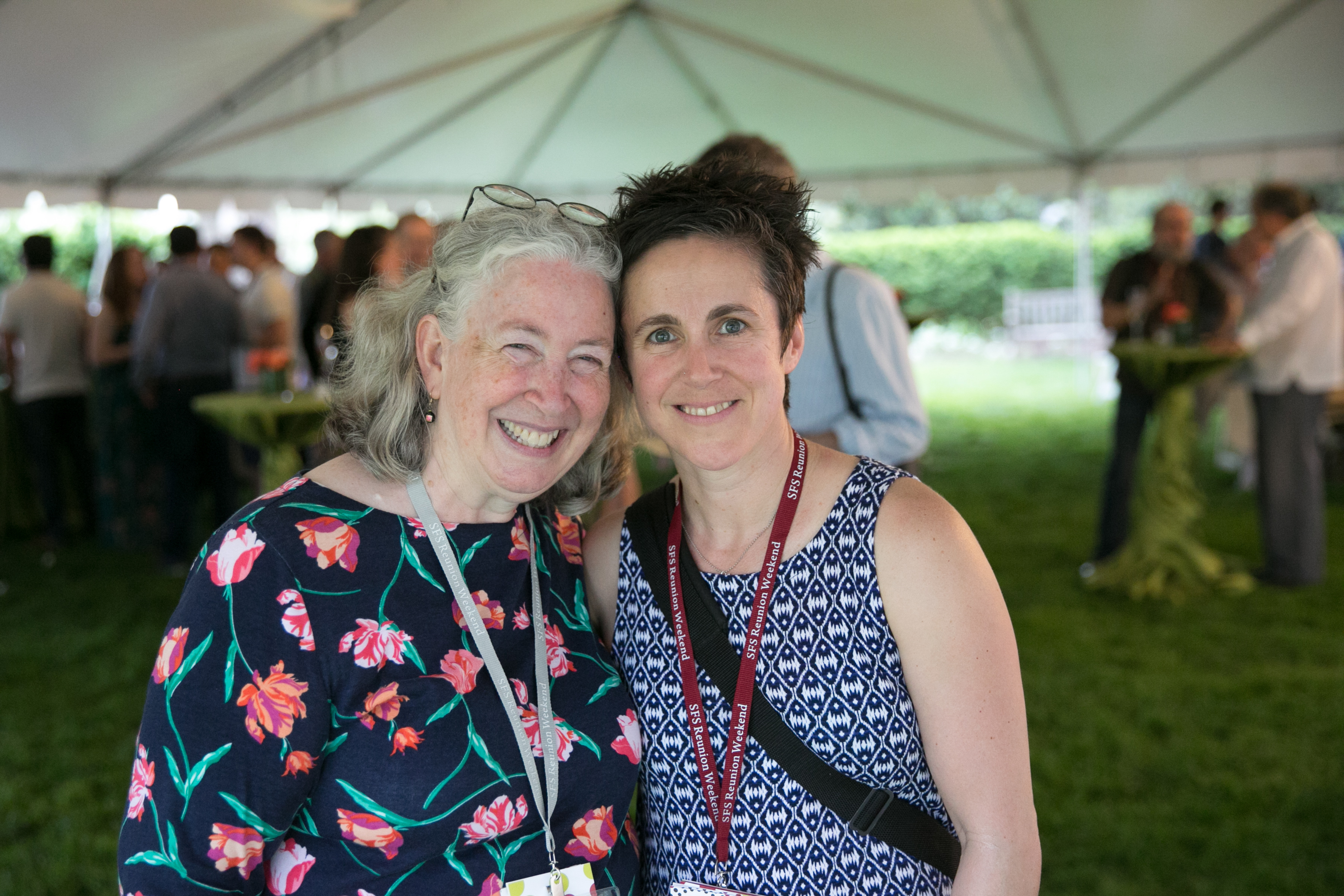 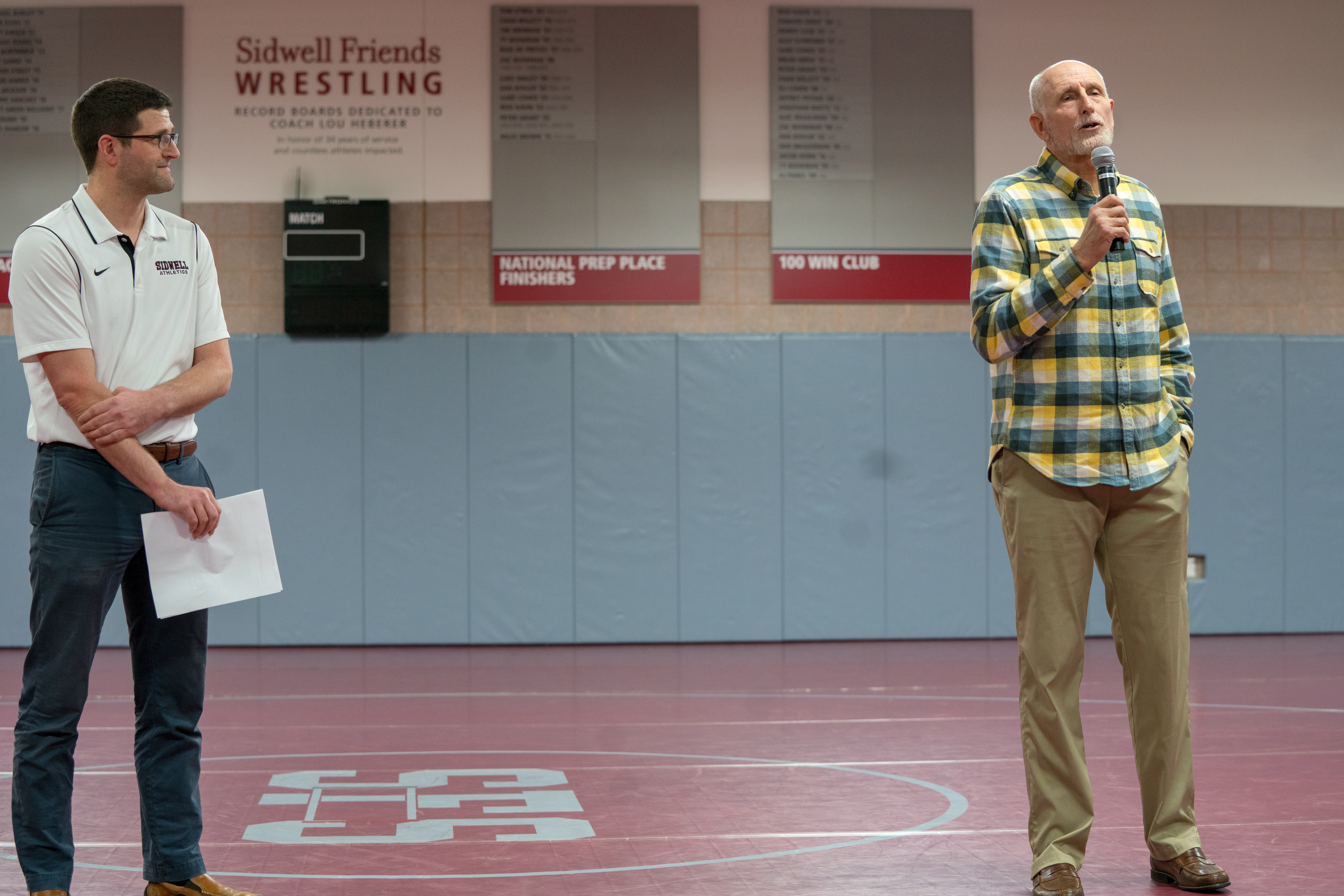