Singing Out for Peace

Although the Upper School chorus has a long relationship with the Apollo Orchestra, there’s never been a performance quite like this one.

When choral arts director John Touchton first began working with the Upper School chorus on “The Armed Man: A Mass for Peace,” students were surprised. “When people hear ‘mass,’ they think you’re talking about something ancient,” he says. “But this is a modern contemporary work. Karl Jenkins, the composer, is alive and well and living in London. Students don’t expect the contemporary-sounding nature of it, compared with past years.”

“The Armed Man” is part of a collaboration with the Apollo Orchestra, which works with the School through an outreach program, aiming to connect with younger audiences. Along with soloists from the Kennedy Center, the Upper School chorus and the Apollo Orchestra have performed various compositions together since 2013, to audiences of hundreds. But “The Armed Man” is something special. Aside from its admirable origins—it was first commissioned by the British Royal Armouries Museum as a dedication to victims of the Kosovo crisis—it has an important message to impart.

“To me, ‘The Armed Man’ is a commentary on war, exploring it on many levels,” says chorus co-president Alana Barry ’17. “Each movement focuses on a different perspective, from that of civilians to soldiers to more ambiguous figures.” She adds that her favorite movement is the one entitled “Kyrie.” “It’s very powerful on an emotional level. The lyrics are essentially just ‘Lord have mercy,’ repeated over and over again. Those words amplify an intrinsic part of the human experience, as almost everyone has been in a place where they are praying for their own condition or the condition of someone else.”

“‘The Armed Man’ tells us that peace is always the better option, that war is never the answer,” says John. “It’s a great composition for us as a Quaker school, with its pacifist approach. I’ve seen it done where they show iconic photos of war on a screen, and as the performance goes on, they move to black and white photos so that it’s less identifiable which wars the photos are showing. By the end, you can’t tell which war is which. People always say World War II was the worst, or this war or that war was the worst, but ‘The Armed Man’ shows you that all war is just human loss and suffering. There is no worst war; they’re all horrible.”

Although learning the five movements of the composition was difficult at times, students rose to the challenge. “There are some sections that are flat-out tough,” says John. “The students have to really dig in and make that happen. I think they don’t always realize what they’re getting into until they suddenly see the orchestra and the crowd and the Kennedy Center soloists, and that’s when they think, ‘Wow, this is actually really big, we need to step up.’ And they always do.”

“The material we tackle is challenging both emotionally and physically,” Alana agrees. “However, there’s a special kind of camaraderie that’s born out of that, and it brings the group closer together in the long run. These rehearsals, followed by the concert, never fail to remind me how grateful I am to be part of this community.” 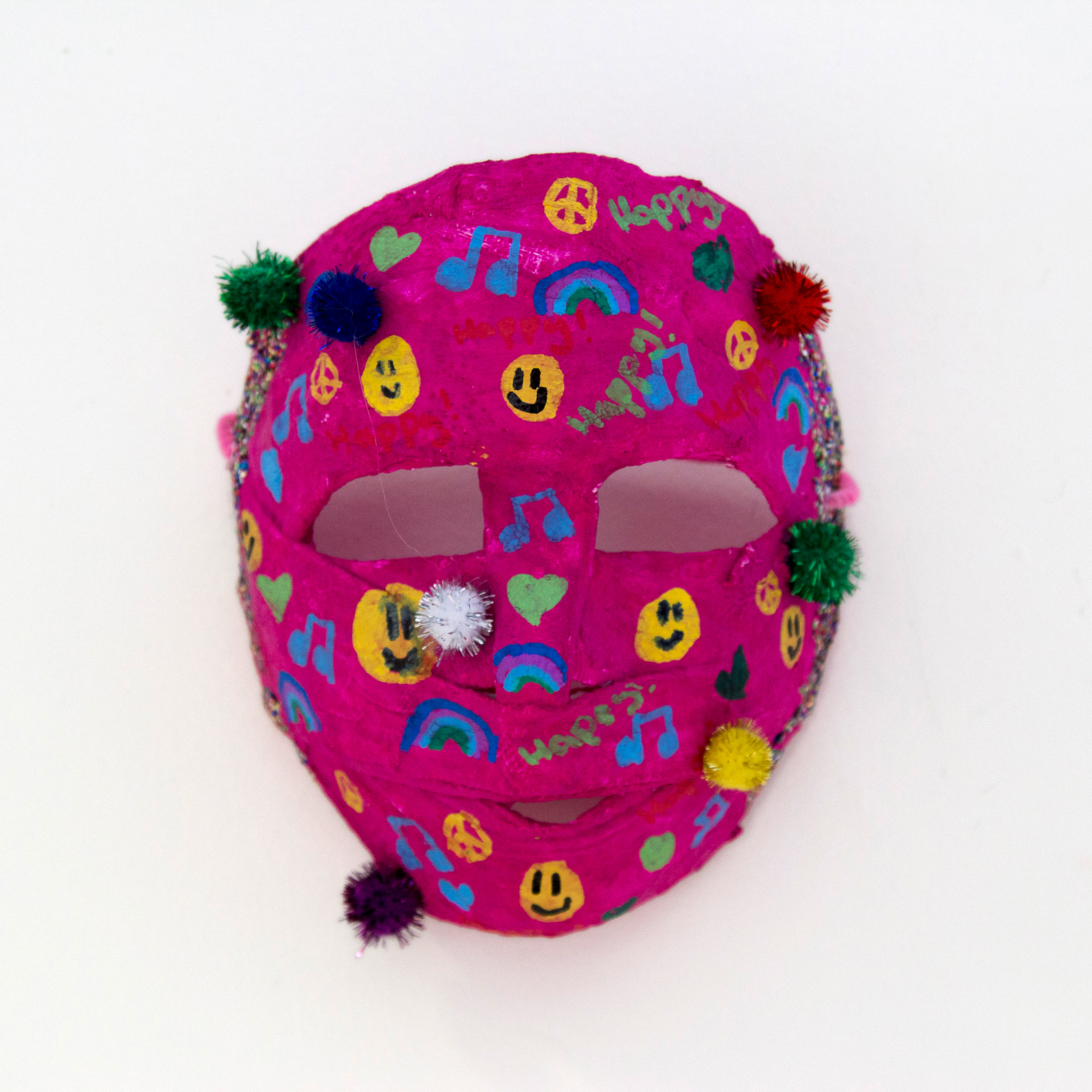 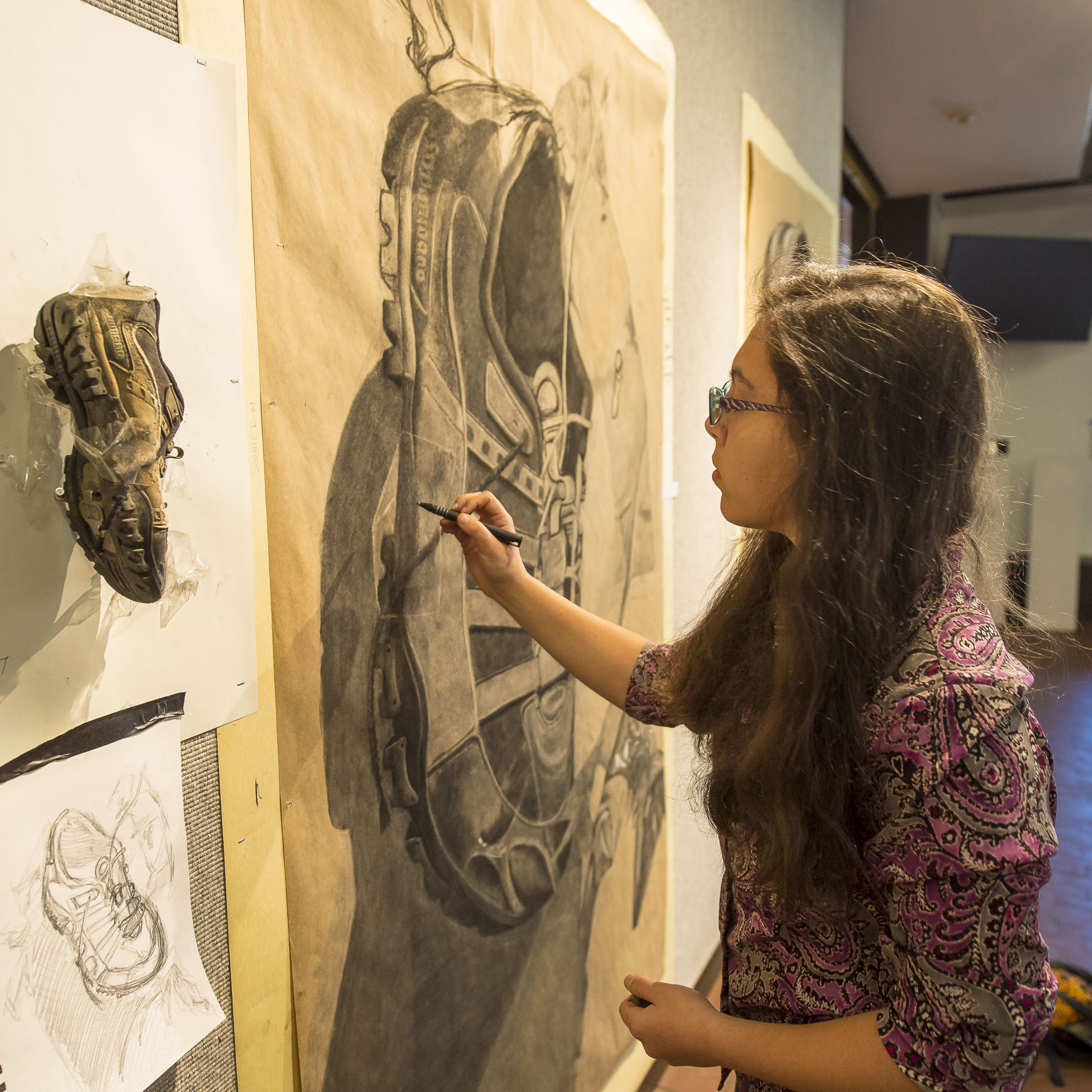 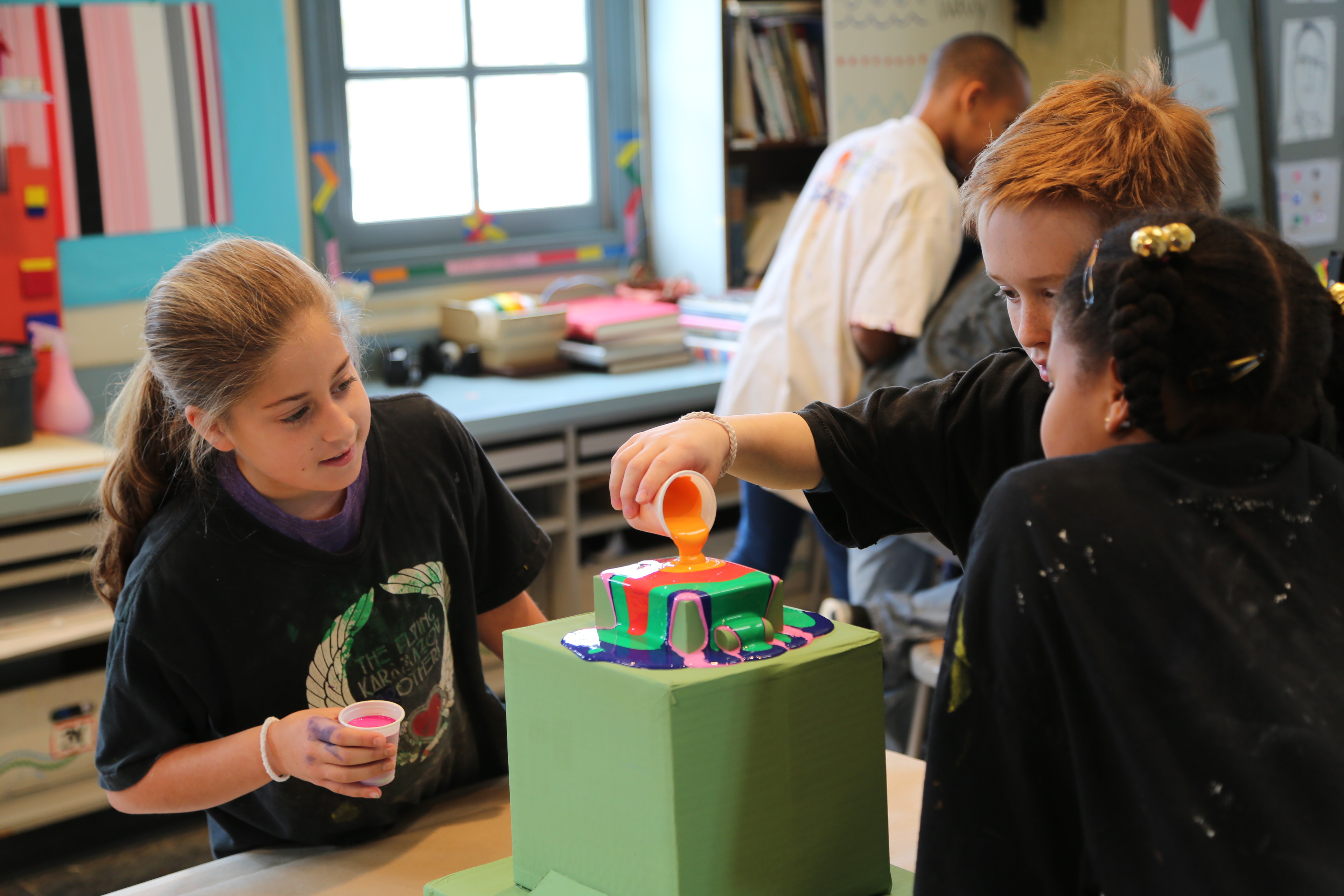