A Tribute to Rick Honn
by Tim Reagan 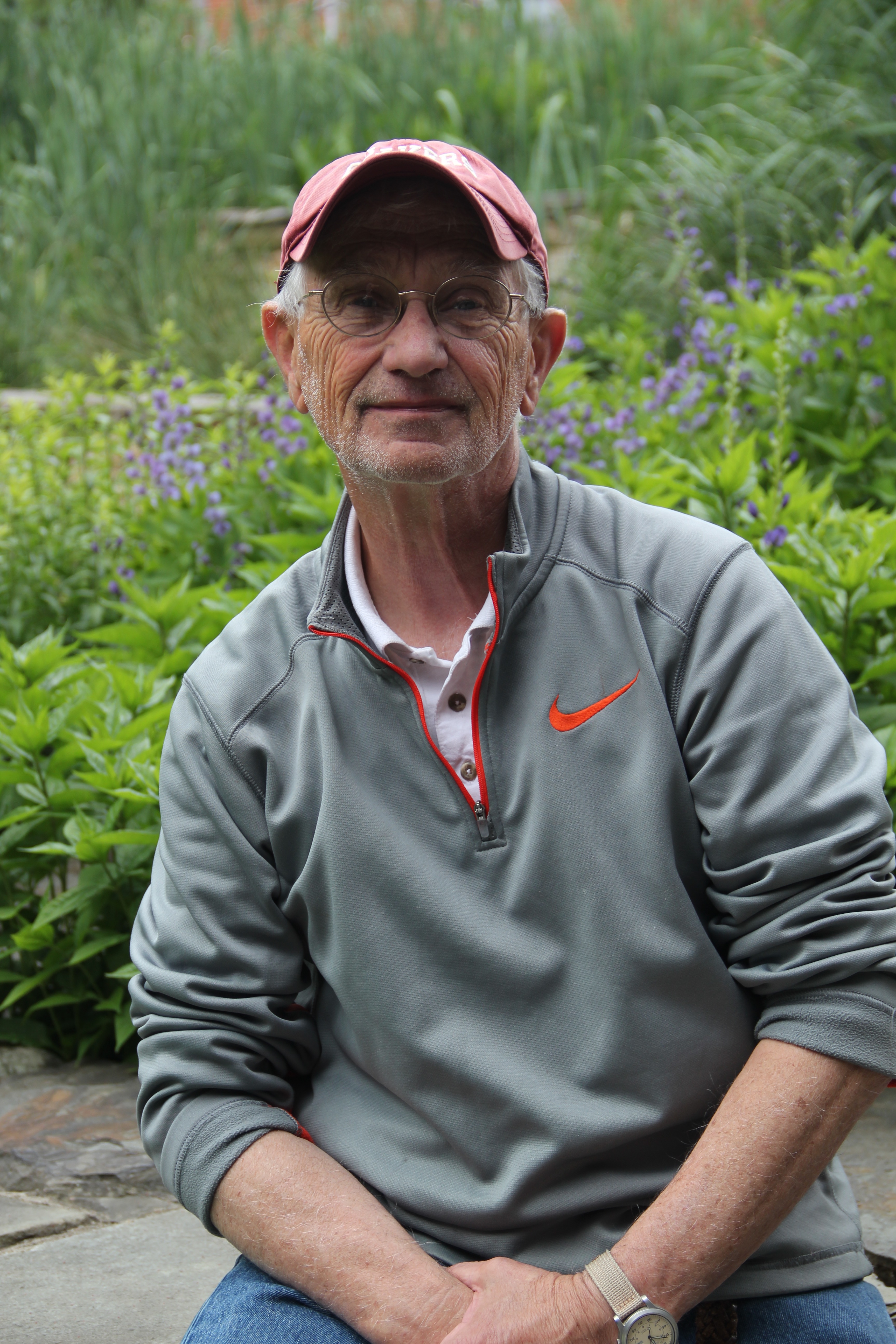 Rick began his career at Sidwell Friends in 1981 as an assistant cross country coach, running alongside former Head of School Tom Farquhar. In 1982­ he joined the Middle School arts faculty, which included serving as chair of the department, clerk of the Quaker Life Committee, advisor to more than 300 students, and rock climbing instructor for the PE department.

Born in Chicago, raised in Iowa, and a graduate of Maine West High School in Des Plaines, Ill, Rick grew up with his little brother Steve and his mother Ruthie, the daughter of a United Church of Christ Congregational preacher. Rick’s mom was fiercely proud of her two boys, whom she raised while working as head nurse and advocate for the Patient’s Bill of Rights at Lutheran General Hospital. In fact, the bond between mother and son was so strong that during high school Rick joined his mother at the same hospital, working as an orderly. Rick also found time to feed his creative spirit by playing trumpet in the school’s orchestra, jazz and marching bands.

After changing his major from music to art at Illinois Wesleyan University, followed by a career building boats for the infamous Charlie Butt in Virginia, Rick earned his MFA in sculpture from the Maryland Institute College of Art in Baltimore, while teaching at the Glaydin School in Virginia. Agnes Sailer, the school’s founder and head, had a remarkable influence on Rick. As a weighty Quaker devoted to inspiring students’ lives through creativity and discipline, Rick took Agnes’s sage advice and made the choice to leave Glaydin for SFS. Sidwell had a lasting impact on Rick and his family, which includes his wife Anne and sons Jacob (SFS ’16) and Andrew. In 2008, Rick and his family became convinced Quakers after a clearness committee from Sandy Spring Friends Meeting, led by Sidwell’s own Merida Harrington, recommended the family for membership. ­­­­

In 1996, Rick traveled back to his roots in Northern Ireland while on sabbatical. His adventure to the Emerald Isle brought him back with a growing portfolio of landscape paintings and drawings. Rick returned refreshed and renewed and continued to teach drawing, portraiture, architecture, sculpture, and painting in Middle School for 20 more years.

Today Rick’s son Jacob is a freshman at Earlham College, and his son Andrew is a junior at The Siena School in Silver Spring. Rick works from home in his studio, complete with kiln and all the trappings of a professional woodworking shop and artist’s studio. A master of many trades­­­, Rick spends much of his time as an active member of the Professional Disc Golf Association. Rick first learned to play disc golf with SFS English teacher Adrian Sotela on a Minimester in 2002. He was an aficionado from the start and, given his natural talent, became quite good at the sport in very little time. Rick is now a regular on the disc golf circuit, playing at local tournaments, including Nationals. Today Rick is one of the strongest Grandmaster players in the region.

Rick’s tenure at SFS provided him with the opportunity to deepen his understanding of the importance of Quaker values and the process of decision making. He was an advocate of community service as he exposed students to making connections between diverse populations with a myriad of service learning projects. Rick believed students gained invaluable life lessons serving people in need with dignity and respect. When he’s not reading books by his favorite author Russell Banks, Rick continues to let his life speak as a trustee of Sandy Spring Friends School.