In Memory of William Henry Hall
by Peggy Kane 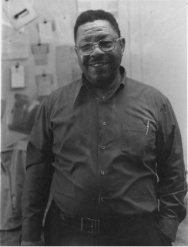 For some years we wanted to interview Henry Hall, but he was a very self-effacing man. His daughter, Valerie Johnson, was kind enough to send a copy of the program for Henry’s funeral. We thought you would enjoy hearing some of the details of his life.

Henry was born on December 31, 1918 and lived for 88 years. He died at Virginia Medical Center in Arlington on July 31, 2007. His early education took place at Chesterbrook Elementary School in McLean, Virginia, where, in the full cycle of life, his family held a reception after his funeral service. Henry then attended Francis Junior High and Armstrong High School in Washington, D.C.

In 1936 he joined the First Baptist Church Chesterbrook, the site of his funeral, freely giving of his time and talents for 71 years. After 40 years of service, the Church called him to the Deaconship. He was ordained on December 4, 1976 and served for 31 years. On November 20, 2005, the Church bestowed upon him the title of Deacon Emeritus. Henry had taken his place in his family’s long outstanding history of service to the First Baptist Church. He was a fourth generation descendant of Christopher Columbus Hall whose descendants were all associated with the Church.

Henry was also a Thirty-Third Degree Free and Accepted Mason and past Worthy Master of the James H. Hill Prince Hall Lodge #16 in the District of Columbia.

In 1959 Henry joined the Buildings and Grounds staff of Sidwell Friends on the Wisconsin Avenue campus where he had a distinguished career for 27 years. Henry served in a variety of staff positions, finally as Administrative Assistant to the head of Buildings and Grounds. He was known as a quiet, modest, competent man who was unfailingly pleasant and helpful.