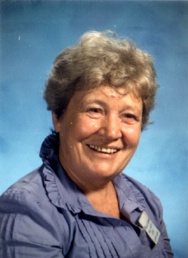 A Conversation with Priscilla Alfandre, January 2011

As the daughter of a Stanford University professor who grew up in a household centered on education, teaching was the last thing she wanted to do, claims Priscilla Alfandre, a much-loved and highly respected former Lower School teacher (1968-1994). “I couldn’t think of anything good about teaching!” Priscilla was the oldest of three girls, all of whom attended public schools in Palo Alto. As a graduate of Swarthmore College, Priscilla liked the idea of sending her two children to a Quaker school. So it was that she came to Sidwell Friends, not as a teacher but as the mother of two daughters, Dominique (SFS, class of 1975) and Nicole (SFS class of 1982). We can all thank former Head of School Bob Smith for recognizing Priscilla’s talents and potential teaching abilities by asking her, “Have you ever thought of teaching?”

In the late ‘60s Priscilla spearheaded a group of moms who advocated for permanent- press uniforms at Lower School as an improvement over the then required all-cotton gym uniforms. Uniforms would hopefully free little girls from being too clothes conscious, while the motto, “Mothers, you have nothing to lose but your irons!” would hopefully convince parents of the merits of a permanent-press uniform dress code. Although uniforms did not gain wide support, Bob Smith’s question to Priscilla succeeded in galvanizing her interest in pursuing her M.A.T. degree at George Washington University. Both Bob Smith and Peter Rice, the Lower School principal, were interested in setting up an “open classroom” based on the English primary school model. So, when Priscilla completed her M.A.T., a position in 3rd grade became available. Priscilla was in the right place at the right time and she was the right person to team teach with Lynn Bisgyer and organize fifty 3rd and 4th graders in what became known as the infamous “Blue Room.” Renovations had recently been completed in the Manor House following an electrical fire, so there was a spacious room that could accommodate a large class. In the center of this room was its namesake, a large blue rug!

Now Lower School had the physical space and two motivated teachers to launch this experiment in vertical mixed age grouping and student initiated learning. In a stimulating and more permissive environment where students could make choices to pursue what most interested them, it was thought that two teachers could easily manage to work with 50 children. Not surprisingly, this assumption was modified over time. The size of the group was reduced and a third teacher was added. The ideal expectation that 9 and 10 year olds would independently identify and pursue their own areas of interest played out more in social than in academic realms, says Priscilla. The notion that you could get 9 and 10 year olds to independently find and pursue a subject, locate their reference books, and generate conversations about their findings happened only too rarely. With this in mind, Priscilla says that she developed topics and projects that she most enjoyed and that she thought would engage the enthusiasm of her students. The greatest challenge in teaching was to keep on finding interesting subjects and to keep presenting them in interesting ways, while the best thing about teaching was connecting with students who caught that spark of curiosity and interest in pursuing topics with her. Priscilla did this with great relish and great success!

Play-acting and play writing were at the top of Priscilla’s list of favorite learning experiences. Through writing their own class plays students took ownership in their productions as they developed their own voices. Children were keen on being stars of the show! Priscilla herself admits to being star-struck from birth. Drama and writing must reside in her genes as well as in her family.

Walking into Priscilla’s classroom when she was reading aloud was always a great treat for me. It was like stepping into theater where the audience sat enraptured with the story and the reader. To sit in on a current events discussion illuminated how much children think about what goes on in this world of ours and how articulate and perceptive they can be in asking questions, and in sharing their feelings and opinions on a wide range of issues when given the encouragement to do so. A wall-size world map anchored their discussions and generated an interest in geography, while political cartoons from newspapers illustrated the importance of inferential thinking.

Social Studies came to life in Priscilla’s classes where students took on the identities of the people they were studying, whether they were early humans, ancient Babylonians, or Pilgrims. The study of early humans presented an opportunity to study the history of language as well, wrote Priscilla in a chapter of “Educating the Imagination: Essays and Ideas for Teachers and Writers” by Christopher Edgar and Ron Padgett (1994). In this chapter she describes how she divided her class into three tribes and had each develop its own language, identifying the many practical reasons why early humans needed words. Through inventing and communicating in their own new languages they became problem solvers, connecting their present to the distant past and identifying with cultures of long ago. Through becoming personally involved in what we know about early peoples and language development, students learned which questions were most important to ask, and they became more curious and excited about learning.

Priscilla’s students wrote about their many social studies experiences, and each year bound their collected works into a book, after each entry had been drafted, revised, carefully edited, and corrected. After completing these stages of the writing process, compositions written in pencil were “inked over” to create a permanent record of the year’s studies. Students took great pride in their hard work and in their finished products.

No matter what the subject, Priscilla found something about which she felt passionately enthusiastic. Her advice to teachers today is to take advantage of what you enjoy, believing firmly that kids will catch your enthusiasm. What better legacy to leave with students as they move forward in life than to take the time to think and ask important questions, to express ideas in discussions and writing, to listen and consider multiple points of view, and to problem solve with creativity, curiosity, and enthusiasm for learning. In his history of Sidwell, “The Long Conversation: 125 Years of Sidwell Friends School,” James Zug quotes Priscilla, as she herself wrote, about trying to instill in her students “the hooks of interest on which the children can expertly order and hang the great diversity of things they will observe and learn all the rest of their lives.”

Priscilla, you have inspired your students and your fellow teachers. You said to me that “teachers need to be stars.” You are our star, and we thank you for the passion for learning that you have shared with us all.