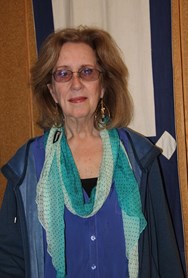 Susanne Dula Saunders began her career at Sidwell Friends School in 1978 as what she describes as a Pre-Kindergarten Assistant and Library Helper. Her duties included bringing trays of lunch down to the PK room, setting up naptime spots, and sitting with the children during their naps, at a wage of three dollars per hour. That was the beginning of 38 years of service to the School.

For five years, when no permanent positions were open, Principal Rich Lodish helped Susanne stay in the School in various capacities, working with a wide variety of faculty partners. In 1983 Susanne was able to start as a full faculty member in the combined third-fourth grade class known as 3-4. Susanne taught 3-4 for the next 20 years. She worked with several partners in various configurations, as a full time teacher with half-time teachers and as a 3/4-time teacher, splitting time with 3/4-time teachers, eventually taking on the role of Diversity Coordinator in the other ¼ of her time. There were momentous personal events that occurred in these years: marriage to Bo, a leave of absence to write, the arrival of their daughter Jeena, surgery for a benign brain tumor. Through it all, she was the heart and soul of the 3-4 class.

In 2003 Susanne moved to the Middle School, where she taught without a co-teacher for the first time. She received the Alice Dater chair award for excellence in teaching. She ruled benevolently as “Queenie-Pie” in the realm of Saunderton for 13 years, nurturing many squires through to knighthood.

A classroom set up by Susanne was decorated with lavish care, replete with texture and color, student creations and found objects. Every surface, every nook, showed thought and imagination. A class set up by Susanne was similarly rich in design. There was profound depth and giddy humor, sometimes in the same lesson.

So much of learning in Susanne’s class seemed like play. Elaborate simulations of historic events and periods brought social studies to life. Students rose and fell with their Greek city-states, mummified pharaohs, took over various Sidwell Friends administrative offices as followers of Genghis Khan, and created Peeps knights to joust in the microwave. Math class had its own set of whimsical constructs, as when Susanne introduced the exciting “butt-bump” process to illustrate place value shifts.

Susanne’s love of language shone throughout her teaching. Parents cherished her vivid, detailed narrative reports. All kinds of writing were dissected, honored, and enjoyed in class. Susanne created prompts that enabled students to write poetry happily every week, she encouraged them to generate their own spelling lists of interesting words, and she honed their prose at every turn. She gave meticulous feedback and sometimes literally cut and pasted early drafts with students. Her playful language could still make clear that there was serious purpose underneath. If you agreed to “swear by your hair,” you knew it was for real. “Savage” was her pet name, after all.

In the interest of furthering a learning experience, Susanne would try almost anything. She planned and tweaked her lessons. She improvised and experimented. When I taught with her for 14 amazing years, I had the sense that there were no limits. For one of our over-the-top class plays, she and I were in the classroom very late, egging one another on, building a caravan for “Toad on the Road,” an adaptation of Wind in the Willows (which we decided third and fourth graders could do in British accents). We put more and more cardboard together and painted it canary yellow. It was glorious… until we realized it would not fit through the classroom door. We laughed until we cried, and then we somehow managed to get it onto the stage. Susanne dreamed big, and she made it work.

Susanne loved her students, and they knew. They understood that the fun coexisted with deep thinking and high expectations. They tried their best to knock her socks off or to get her to throw her shoes across the room, the highest accolades she could bestow. They gave her their best because she gave them hers.