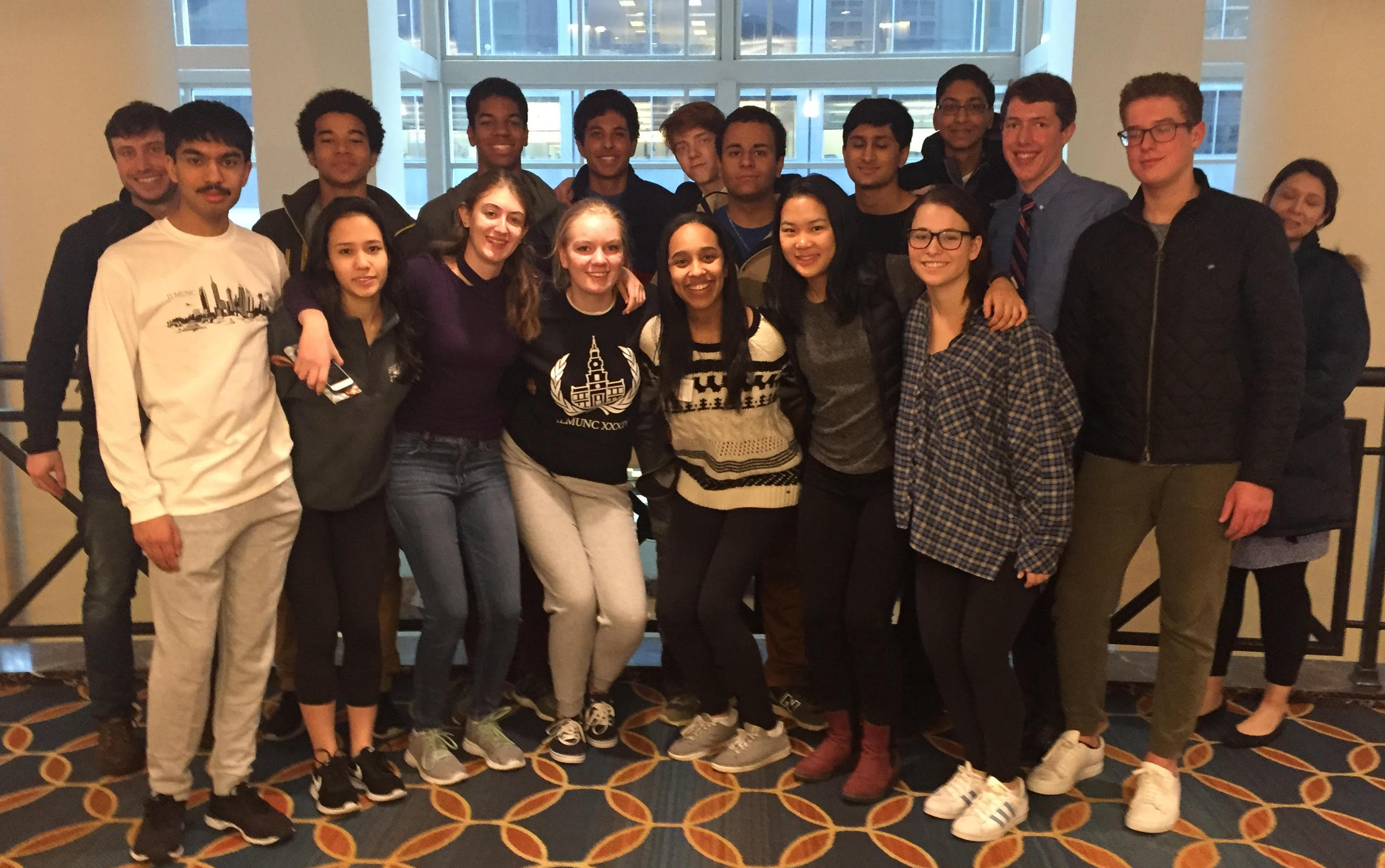 At ILMUNC, Model UN teams from many schools engaged in a series of debates moderated by students from the University of Pennsylvania. This year’s group consisted of students from more than 130 schools in 12 different countries.

Junior Amelia Paulsen, a member of the team who went to ILMUNC last year, said, “We had a lot of fun debating all sorts of different topics. Last year, I was in a committee that talked about UN peacekeepers, which was interesting in the perspective of the UN.”

At the conference, members of each team represent a randomly assigned country and debate global problems from the perspective of that country. Over the course of the trip, every team member debates in four to five committee sessions, in which students discuss different world issues.

Before the conference, students have to write a position paper, which discusses their assigned country’s ideas on an issue. Each committee session lasts two to three hours and are run in the format of a moderated caucus. Countries take turns arguing for their country, and, towards the end, countries who have similar arguments get together and draw up a formal resolution, which outlines what they want  to accomplish.

Apart from all the debates, students can also engage in social events. “You have free time to get to know the other delegates…You can tour UPenn; you go ice skating. It’s a good time,” Paulsen said.

Paulsen has been a member of Sidwell Friends Model UN team since her freshman year and was a member of her middle school’s team in seventh and eighth grade. She enjoys debating about global policy, specifically things “you wouldn’t think about.”

Leadership on the Model UN team consists of eight positions. Senior Michael Adeyi, who currently serves as secretary general, said that leadership is “a team effort…so it’s very much like a round table environment.” Members of the Model UN leadership coordinate the team’s money, emails and conferences.

According to Adeyi, conferences help team members learn how to “appreciate different perspectives.” Essentially, it challenges students to be able to construct an argument whether one agrees with it or not.