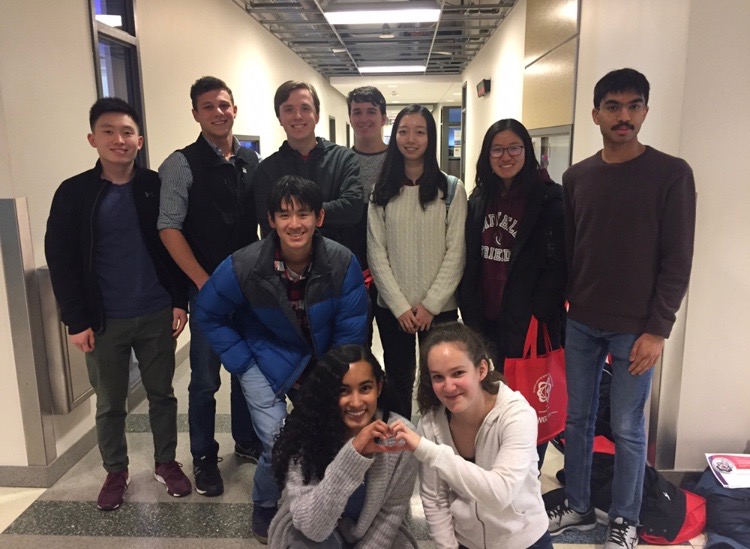 On Jan. 13, the Sidwell National Science Bowl club participated in the Maryland Regional High School Science Bowl and advanced one team to the quarterfinals.

The competition was held in Rockville, Md. and had students from 48 schools participating. The National Science Bowl is an interscholastic STEM competition in which students are asked science-related questions on topics ranging from biology to energy. The format of the competition is similar to the game show Jeopardy, with teams of students buzzing in to answer.

The event lasts for an entire day, beginning with speakers from local colleges promoting the teaching of science, technology, engineering, and math (STEM). Playoff rounds begin in the afternoon, with increasing difficulty as the rounds progress.

The winners of the regional competition will advance to the National Science Bowl, held in Washington, D.C.

The students that participate in the event have a strong passion for science and often study with their clubs for months in advance. Additionally, schools with large student bodies are able to create as many teams as they want; some schools enter the Science Bowl with upwards of 60 teams. Despite being small in numbers of teams, Sidwell Friends advanced one team to the quarterfinals while the other was eliminated in a previous round.

Senior Rahul Gupta, a club head who has been in the Science Bowl club since ninth grade, was pleased with the school’s performance at the regional competition: “I was surprised we were able to make it to quarterfinals – we practiced diligently, of course, but there are some Maryland schools that we competed against that practice something like an hour every day.”

Gupta said that he enjoys being a part of the Science Bowl because the club has taught him more about chemistry, mathematics, and areas of science other than those he would have studied in his classes during the school day.

Gupta said that, although having a strong background in science helps, all a student needs to be able to join the club is a desire to learn more about various fields of science.

Junior Noor Amin, another head of the club, encouraged anyone with a passion for science to consider joining the club.