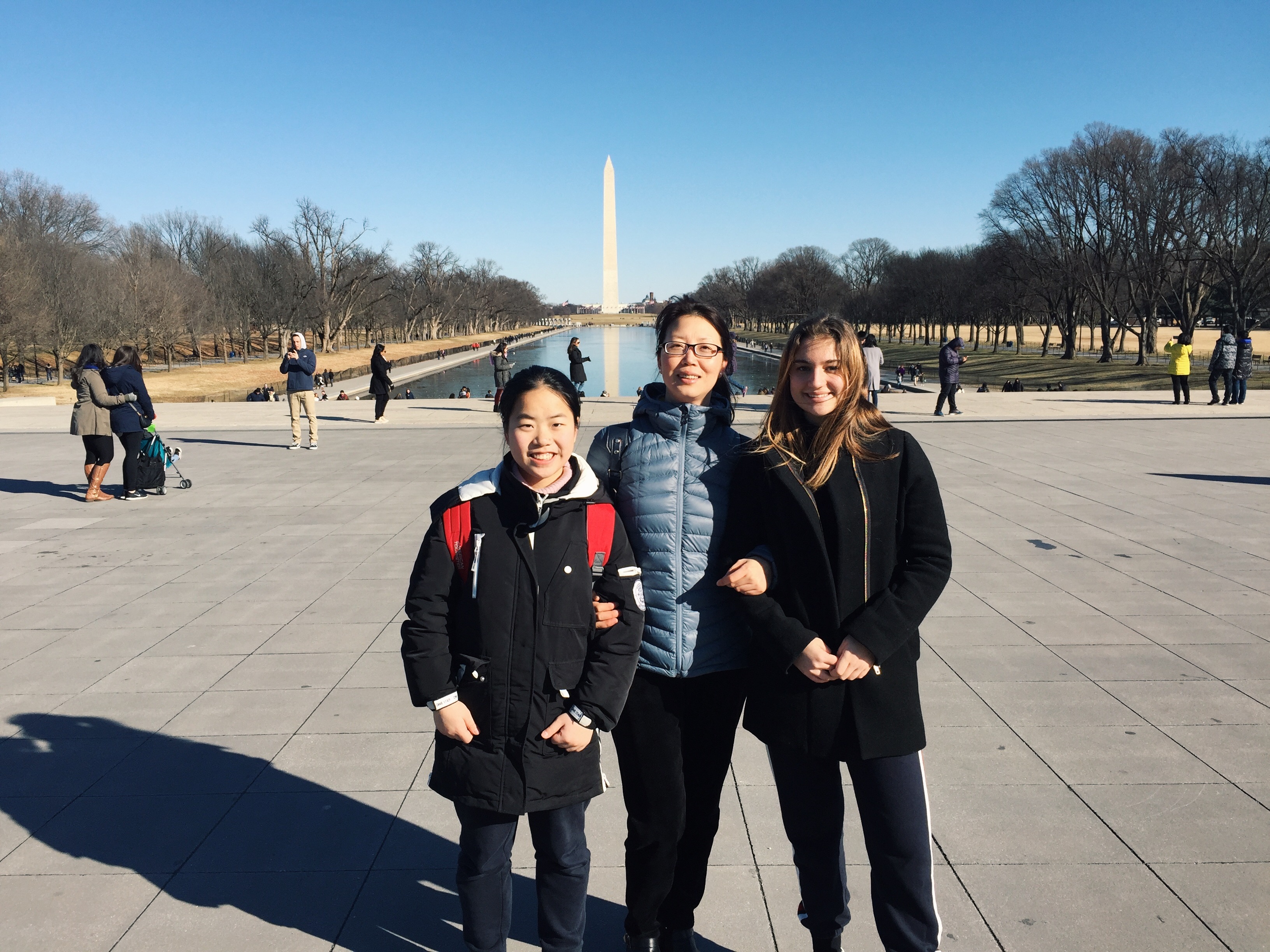 In the first week of February, a group of students from one of Shanghai’s top high schools visited Sidwell Friends, traveling over 7,000 miles for an experience that included staying with a host family, touring area landmarks and experiencing a day at Sidwell Friends.

The upcoming visit of 15 students and two teachers marks the 18th year of Sidwell Friends’ partnership with the High School Affiliated to Fudan University and the 37th year of Sidwell’s acclaimed Chinese studies program. During these nearly four decades, cultural exchange has flourished, and strong relationships have been formed between Sidwell Friends and Fudan.

Upon the Chinese students’ arrival on Jan. 30, the visitors were immediately welcomed by their host families. According to John Flower, the director of Chinese studies at Sidwell Friends, the goal of the visit was to observe American students both in and out of school, with activities planned accordingly.

In order to welcome the students, Sidwell Friends’ administration planned a special ice cream social event shortly after their arrival. Over the next couple days, the group explored Washington, D.C., visiting sites such as the Capitol and the Library of Congress, as well as various museums. Over the past few visits, such sightseeing was “extremely popular,” according to Flower.

Afterwards, the visitors were able to experience a “day in the life” of a Sidwell Friends student by shadowing their host students throughout a school day. The shadow day was intentionally scheduled on a Thursday so the students could participate in Meeting For Worship, which Flower described as the “heart and soul” of Sidwell Friends.

Junior Helen Mao, a Chinese exchange student from the Fudan School, seemed to agree with Flower, describing how Meeting For Worship and Quaker values are “like a kind of school culture.” Mao said they provide a great opportunity to reflect on the past week and plan for the next. Finally, the administration has planned for the Chinese students to attend events that exemplify school culture, such as Sidwell Friends sports games and Arts Guild.

Although visits between the two schools only last for a short time, the experiences have an enduring impact on those who participate, as well as on the general relationship between the U.S. and China. Flower described the purpose of the program as “to foster a mutual understanding and strengthen the relationship between our two countries.” He also added that the value of the program is that it “goes beyond short term tensions between the U.S. and China,” as “people to people exchange is the only way to ensure peace and progress.”

Both parties involved in the program have been hospitable and generous and have helped form strong relationships. In fact, Flower recalled that when he came to Sidwell Friends, having come from a university, he “couldn’t imagine high school students being so capable, thoughtful, and reflective.” He mentioned how Sidwell Friends students have known each other for their whole lives and how it can be difficult for Chinese exchange students to make friends. He then included how appreciative he is when members of the Sidwell Friends community simply “say something nice” and are generally friendly towards their Chinese visitors.

Mao recalled how she was a bit nervous upon her arrival at Sidwell Friends, but she emphasized the hospitality of the Sidwell Friends community, as the teachers were patient and encouraging, the host families helped her tackle problems in her daily life, and her fellow students were happy to hang out with her.

This program has been astoundingly popular among those who have participated in it. Mao has been enjoying her time in D.C. so far, and she is planning to continue her academic career in America. She mentioned how this experience has been very rewarding for her, as it has helped her gain self-confidence and learn to be herself.

Those who have served as hosts seemed to have similar opinions on the program. Sophomore Eden Weinstein, who hosted Li Yuxiao from Jan. 22 to Jan. 28 last year, said that she would definitely recommend the experience, as it has been very rewarding “getting to know [a] buddy who [is] part of a different culture.”

The connection between Sidwell Friends School and China began in the early 1980s as a tribute to John Zeidman, a Sidwell Friends graduate who was one of the first Americans to study in China as an American exchange student. Zeidman tragically died shortly after his arrival in China, but the Sidwell Friends community endowed his love of China by instituting a program at Sidwell to commemorate his commitment to cultural exchange and his belief that relations between America and China would thrive if American students studied Chinese society.

According to Flower, Sidwell Friends currently has the best Chinese studies program in America.

In 1984, a year after the Chinese studies program’s founding, Chinese Prime Minister Zhao Ziyang cancelled a ceremony near the Washington Monument in order to visit Sidwell Friends while in America. According to the New York Times, following a brief reception, Mr. Zhao surprised everyone by inviting a group of Sidwell Friends students for a three week visit to China paid for by the Chinese government, declaring that “it’s our generation that will make the American-Chinese friendship closer.”

Later that year, Sidwell Friends established its first official sister school relationship in Beijing and continued to promote Chinese studies throughout the 1980s. In 1989, Sidwell Friends graduate Chris Davies traveled to China as part of a program sponsored by Sidwell Friends and described the experience “as the most transformative year of [his] life” aside from his marriage and the birth of his children. He said the experience “provided an insight [he] never would have gotten otherwise,” and even said that it “made [him] see the world through a more thoughtful and considered lens.”

The next major step in Sidwell Friends’ relationship with China occurred in 1990, when the school established a sister school relationship in Shanghai with Fudan University. The relationship still stands strong today.

Since 2010, Flower has been taking a group of students to spend a few weeks in Shanghai, and since 2016, the High School Affiliated to Fudan University has sent 15 students along with two teachers to spend a week with Sidwell Friends students.

Since Sidwell Friends’ Chinese studies program was created in the early 1980s, it has expanded greatly and has been woven into many aspects of the school’s culture and curriculum. During the almost four decades of the program’s existence, cultural exchange has flourished between the U.S .and China. The program has helped form lasting bonds and relationships that shine over differences.